Reading’s transport strategy ‘the most ambitious ever’ 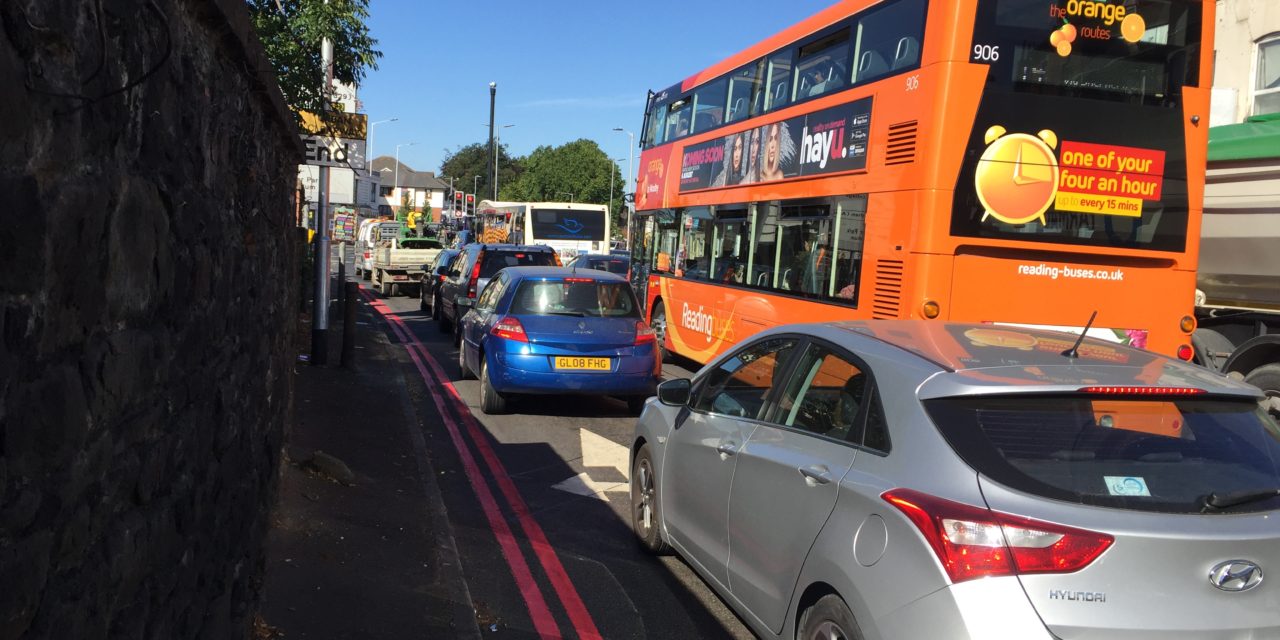 A clean air zone, workplace parking levy, emissions and road user charging, a third Thames bridge and a new north orbital route are up for consultation in Reading.

The council has published its most radical transport strategy so far, part of its plan for ‘net zero carbon Reading’ by 2030.

The draft plan for the authority’s strategy to 2036 sets out nine themes:

The council says a third of peak-time journeys on the IDR are by people travelling through the town.

Cllr Tony Page, lead member for strategic environment, planning and transport, called the plan Reading’s ‘most important and ambitious ever’ and said air pollution kills 36,000 in the UK every year and that figures for Reading show the town’s air pollution running at 40 per cent higher than the south east average.

He went on: “That is not a position any responsible authority can ignore.

“Reading’s road network is already at capacity. The challenge now is how to successfully absorb the huge growth in commuter trips Reading can expect over the coming years, with many thousands of new homes being built, particularly on the outskirts of the town.

“It is not acceptable for the many thousands of vehicles and lorries who have no origin, destination or purpose in Reading to continue to use the town as a short cut, polluting our air and damaging our health. They must be offered attractive, reliable and affordable alternatives to the private car.”

He acknowledged some of the schemes may appear controversial to some.

He went on: “I make no apology for that. The only way we can hope to tackle the climate emergency locally, and the poor air quality and congestion which blights parts of our town, is by taking a much more radical approach. The status quo is not an option.

“Demand management measures will remove the most polluting vehicles from our streets, particularly those with absolutely no business in Reading, with revenue raised reinvested into a raft of sustainable transport schemes.

“Vehicles could take a more direct route and avoid the town centre if better orbital links were available. The strategy includes major new schemes, like a third Thames crossing and a new orbital route in the north of the borough.

“The strategy has been designed following Reading’s biggest ever consultation on transport last year, which produced a record number of responses and showed significant support for investment in sustainable alternatives.

“Thank you to the over three thousand people who helped shape it.  It’s future success of the plan hinges on continued close partnership working – at local, regional and national level – in terms of both the design and funding of the schemes themselves.

“On March 23 the council is due to begin its final phase of consultation on Reading’s new transport strategy. Details will be publicised nearer the time and I would urge as many people as possible to take the opportunity to have their say.

The council’s strategic environment, planning and transport committee will be asked to approve the draft strategy at its meeting on Monday, March 16. A 12-week statutory consultation will then begin on March 23 and end on June 14.

The strategy can be found here.

The agenda item for the March 16 meeting is here.