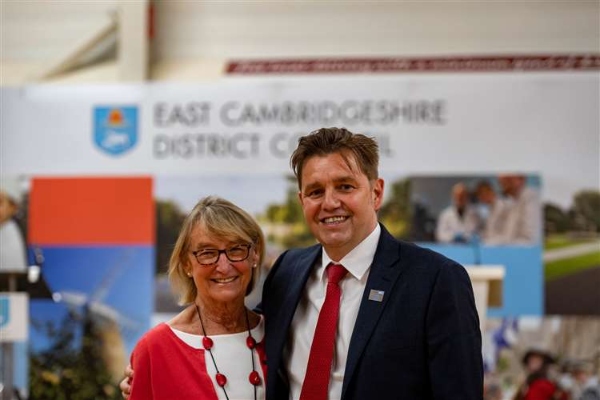 This article was written by Oliver Sargent, Account Manager at DevComms.

It would be easy to say that the Conservatives were winners of the local elections last week, and in many senses, they were. Though looking a little closer, there were some positives for Labour and the Liberal Democrats as well.

In Essex, the Conservatives managed to make great gains in most areas, although they should be particularly pleased with wins in key battlegrounds such as Harlow and Basildon.

Harlow saw Labour hold on to just one of the seven seats it was contesting, with the biggest casualty being the Council Leader, Mark Ingall. The result saw the Conservatives increase their share of seats to 20 leaving Labour with just 12.

Many were shocked at this result, but internal leaked documents published just before the pandemic, showed there were signs that the Labour Party was bracing itself for “one of its worst” results in history.

The Conservatives also took control of Basildon Council, which put an end to the previous administration, run by a Labour and Independent coalition. The result means that the Conservatives will now have a majority of 2.

Locally, the Conservatives said that a vote for them was a vote to reject the ruling administration’s plans for a £600m regeneration of the Town Centre. In his departing speech, the now-former leader of the council, Gavin Callaghan, alluded to this point when he said “Basildon wasn’t ready to embrace change.”

If we move south, from Essex to Kent, the best result for the Conservatives saw them take control of Maidstone from a Liberal Democrat fronted coalition. On the night, all eyes were on the now-former Liberal Democrat council leader, Martin Cox, who narrowly held onto his seat of 10 years by just 15 votes. His main challenge came from the Conservatives, followed closely by an anti-development campaigner.

However, it wasn’t all plain sailing for the Conservatives, as the result in Maidstone was slightly overshadowed by the news that they’d lost control of Tunbridge Wells where the Liberal Democrats gained 4 seats.

Though the biggest loss for the Conservatives came in Cambridgeshire, which went from blue to multi-coloured as the Conservatives lost control of both the county council and the mayoralty. A Liberal Democrat surge saw them steal the Conservative majority on the council with the party gaining 8 seats. It appears likely that a new coalition will now be formed without the Conservative group.

But it was Labour’s win in the Cambridgeshire and Peterborough Mayoral election that delivered one of the most unexpected turnarounds. Even the new Labour Mayor, Nik Johnson, expressed his “shock” at the result. With no candidate receiving the required 50% of the first-round votes, Mr Johnson went on to beat the incumbent Conservative Mayor James Palmer in the second round by winning 51.3% of the vote once second preferences had been taken into account.

This result may be seen as a rejection of Mr Palmer’s headline policies, which included the Cambridge Autonomous Metro and the £100,000 homes scheme which now seems set to come to an end.

So, whilst the elections that took place in Essex and Kent saw further gains for the Conservative Party, a beacon of light can be seen for both the Labour and Liberal Democrats, who will be hoping they can advance on the progress they have made in Cambridgeshire and the surrounding area in future elections.

Take a look at our ‘slider’ map which shows that across the Eastern region the key changes include the Conservatives gaining control of Harlow Council from Labour and Basildon Council from No Overall Control. Drag the slider feature across the map to show the before and after picture.