View from the riverbank: Gaol sentence gets longer

Barely a week after the Queen explained Government plans to speed up the planning process, one of her former prisons is condemned to more years of delay and indecision.

As Lichfields’ Daniel Lampard points out, The Saga of Reading Gaol has gone on for nearly eight years and last week’s news has achieved little more than putting us back to square one.

The Government line is that it wants ‘best value for the taxpayer’ while it spends £250,000 a year keeping it empty.

A cynic might suggest the council’s proposals may, inadvertently, provide the Ministry of Justice (MoJ) with a free set of ideas, picking the best local brains, which it can then allow a developer to reinvent.

So having made its plans public, the council does, at least, allow anyone to be able see if its ideas end up being pinched.

It all seems so unnecessary. A great opportunity for new homes, leisure and jobs, a great tourist attraction for the UK and a great use of a complex site, brimming in two different eras of history, lays untapped while, behind closed doors, the MoJ refuses to be open about its intentions.

However, the endless dithering reveals it has no idea what to do, even though the site is in the marginal, Labour-held Reading East constituency and the Labour-run council has a mass of public support on the issue.

Is this not an opportunity for a Conservative Government to score a PR victory? Perhaps the MoJ fears the Government won’t get the credit if the site is handed over to the council.

But if the public ends up angry over the outcome, then it will certainly get the blame.

“It’s my first meeting, chairing, when I can actually see you all face-to-face,” said Cllr Fiona White, as she opened Guildford Borough Council’s planning committee meeting on May 20.

But hands up anyone who can actually see her.

Cllr White is the face in the first picture in the gallery of screenshots below, taken from the webcast of the committee’s first physical meeting for more than a year.

She conducted the two-hour event from behind multiple plastic screens while others present were behind masks, visors and awkwardly-placed screens, as ‘normality’ tried to make a comeback.

Participants who joined the meeting virtually were more easily seen.

The return to physical, rather than virtual, meetings was meant to be a step forward. But to try to make important decisions in conditions resembling a bio weapons lab does make you wonder why they can’t just be held online for a bit longer. 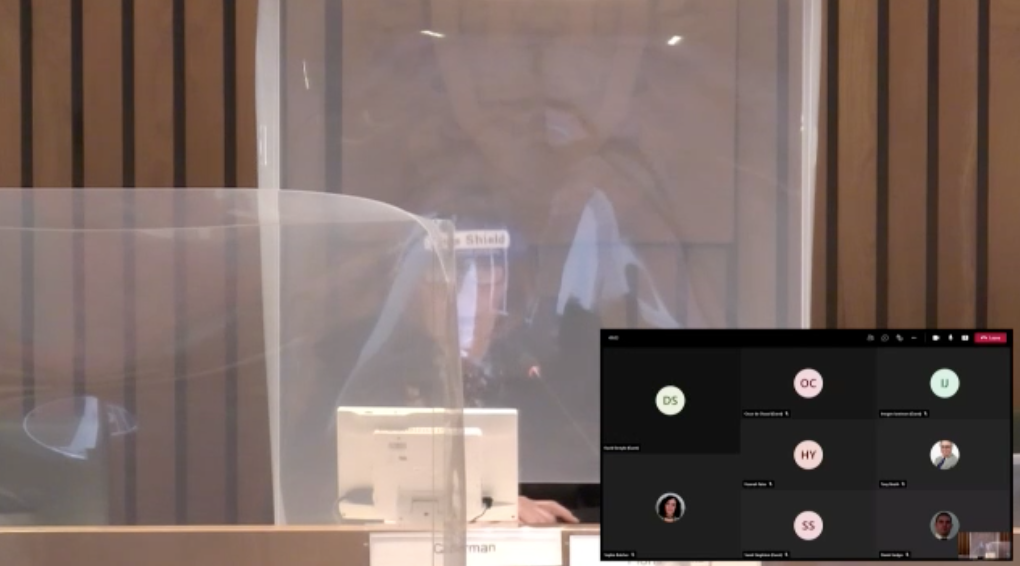 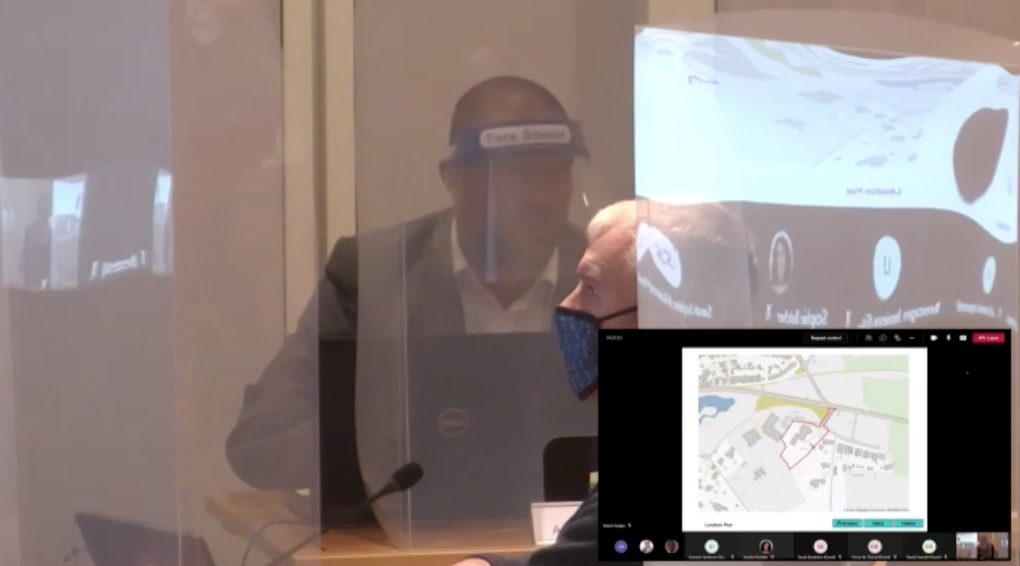 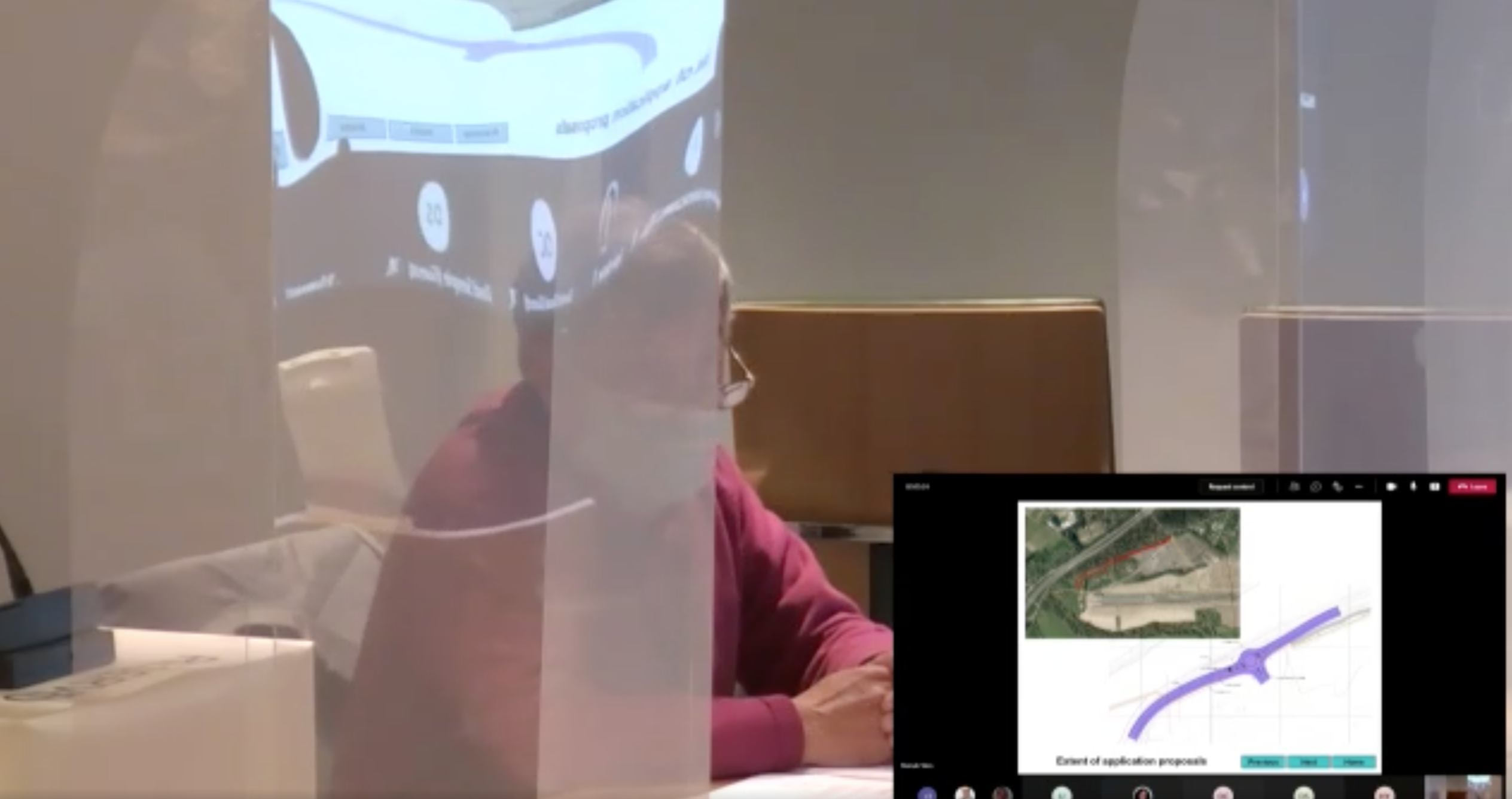 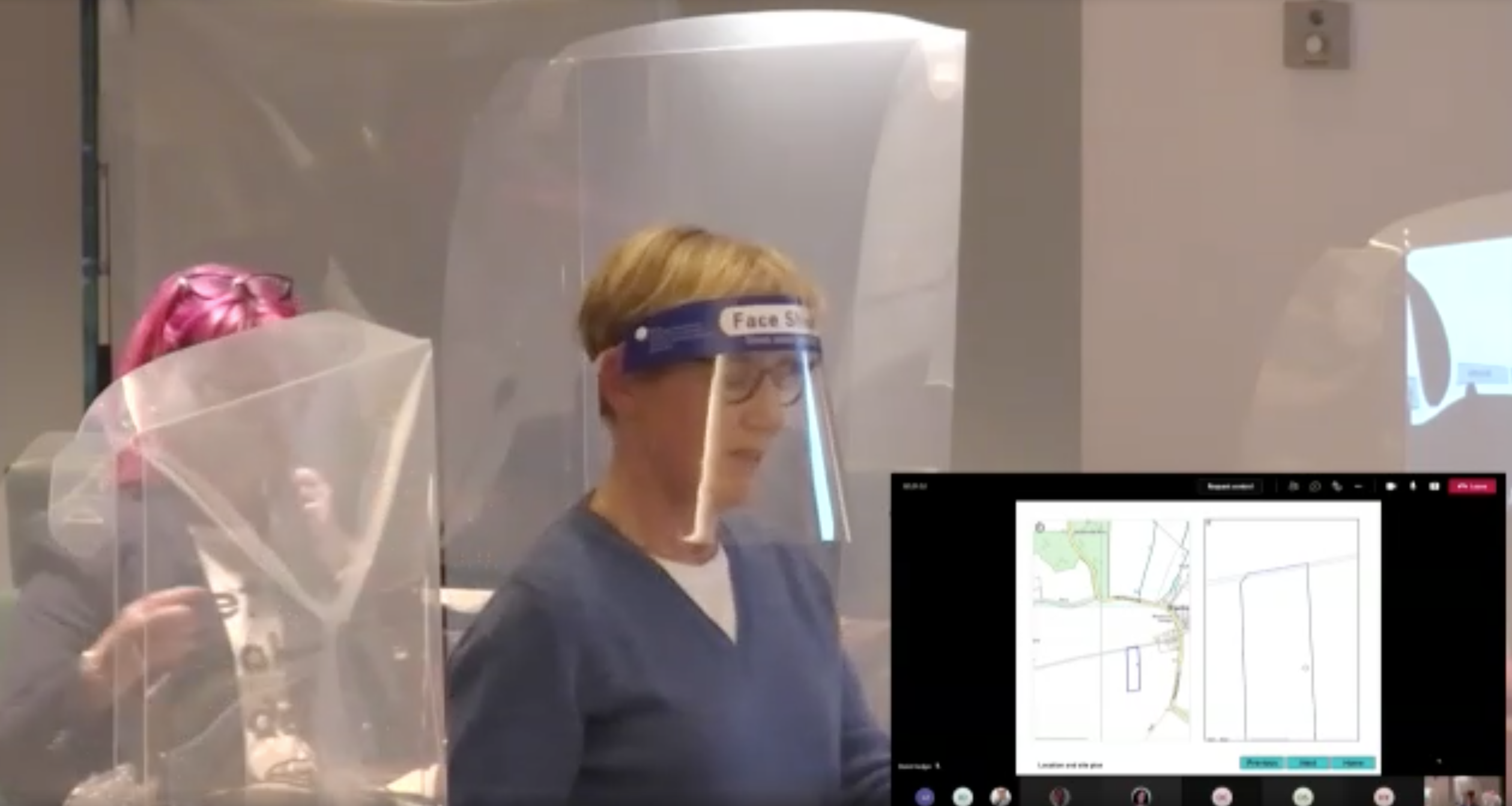 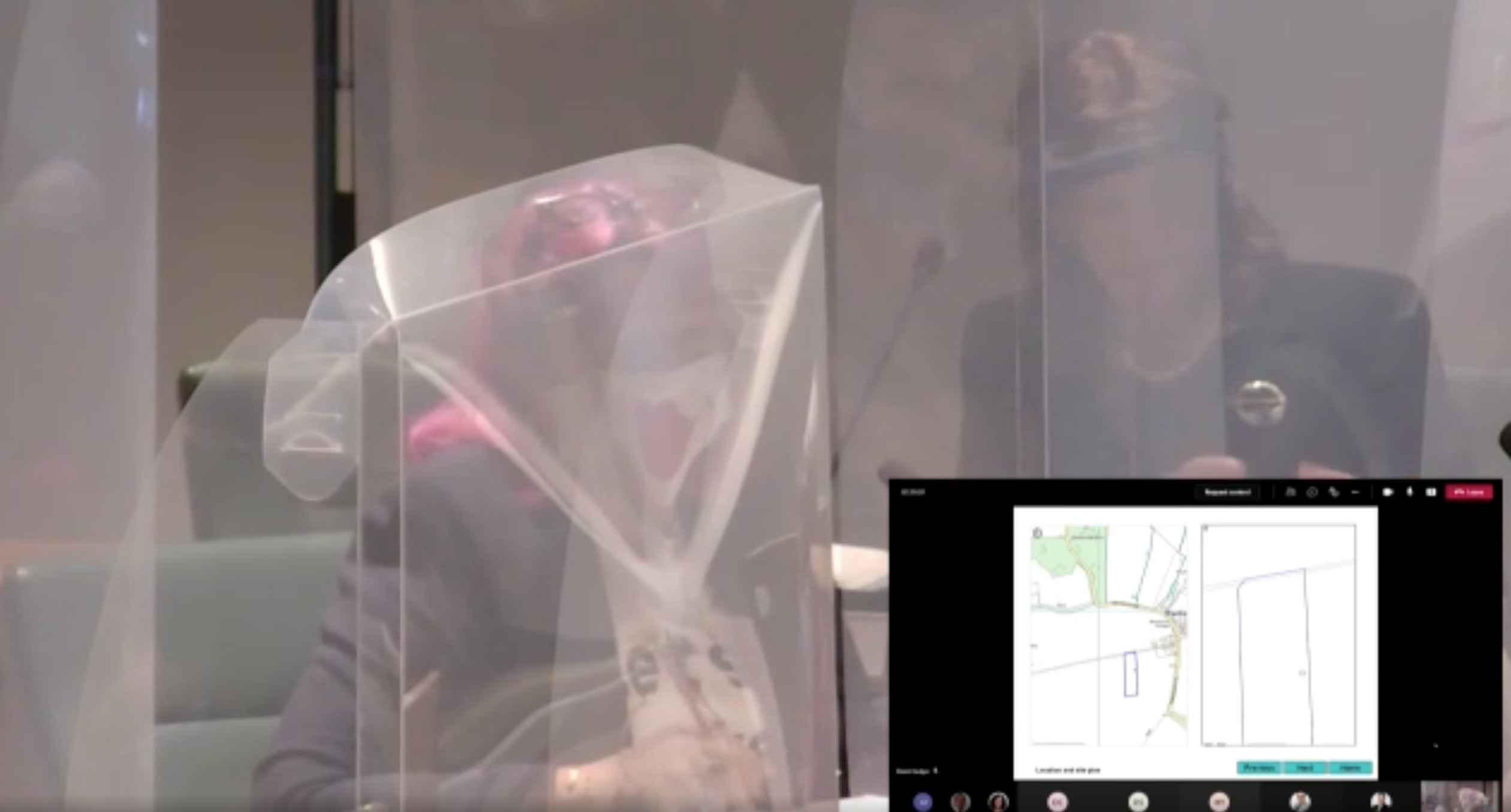