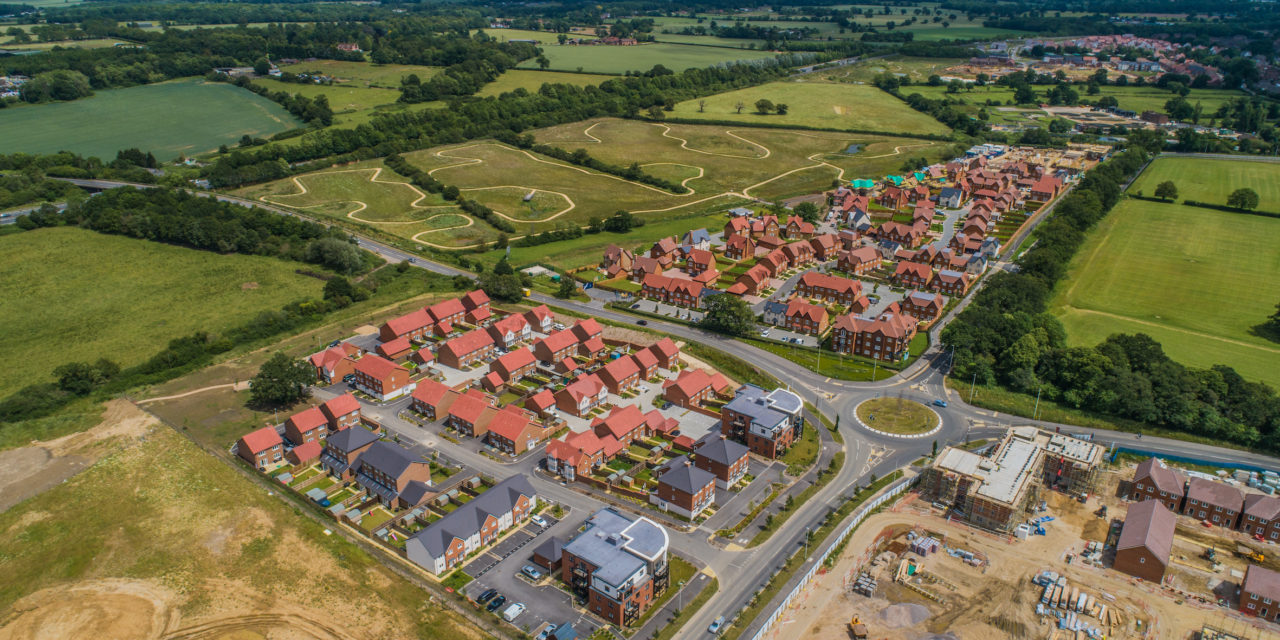 Thames Tap’s Valley Voices have given a cautious response to planning reforms announced in the Queen’s speech on Tuesday, May 11.

And many say details, which are yet to emerge, of the reforms, first announced in a White Paper last year, are key.

Both optimism and doubts were expressed when we asked our experts what they thought.

Philip Waddy, managing director of WWA architects, said: “The devil will be in the detail. A commitment to structural change in planning and the emphasis on placemaking is good but we’ve been here before.

“History shows when government try to simplify things they usually fail. Permitted Development is an example.

“Some argue we need more planning not less and that the problems faced today are due to chronic underfunding of the service.

“If we want to Build Back Better (and faster) then a properly resourced planning system would be an immediate win. Root and branch reform will take a long time to come to fruition (if ever it does) and we need to get planning moving today – not in a decade’s time.”

Karen Jones, partner and head of planning and environmental law at Blandy & Blandy, said: “The modern and efficient system of planning proposed is seen as the cure for all ills – to solve the housing crisis, reboot the economy and level up.

“My fear is we may be sadly disappointed. There is still a real lack of detail. There does not appear to be any real uptake of the 44,000 responses to the Government White Paper and there is little real depth to the proposals advanced.

“What will be interesting is if, in continuing to pursue the ‘more predictable and more transparent’ developer contribution levy, the Government has learnt the lessons of the problems created by CIL?”

Rebecca McAllister, head of planning for Savills Reading, said: “Planning has risen up the agenda over recent years, and we welcome the Government’s intention to bring forward the modernisation of the planning system. This is likely to signal a draft planning bill, following on from the Planning White Paper from Autumn last year.

“The reiteration of the target for delivery of 300,000 new homes per year in England is encouraging but, as the bill progresses, it will be important that the detail ensures these targets can be realistically achieved.

“Within the Thames Valley, Slough and Reading borough councils are both heavily constrained. As one of England’s ‘20 largest cities and urban centres’, Reading is now subject to a 35 per cent uplift in its housing target.

“Despite a proactive approach and making the most efficient use of land, even without this uplift, the constrained nature of the authority makes meeting its target difficult. Future detail, therefore, needs to instil confidence that new homes can actually be delivered.”

David Bainbridge, director in the planning team Savills Oxford, said: “Strategic planning is absent from the announcement but nonetheless continues to play-out with the likes of the emerging Oxfordshire Plan 2050 and emerging Spatial Framework for the Oxford-Cambridge Arc.

“Delivery of infrastructure is key, and it is notable that a new infrastructure levy is proposed along with locally-led development corporations. This is all about harnessing the power of public-private partnership in the delivery of strategic-scale development.

“Uncertainty is the enemy of investment, so what the industry needs most is detail as soon as possible to enable delivery of the new homes, jobs and infrastructure that are so central to the Government’s agenda. We look forward to seeing the detail and timetable for the bill’s passage.”

Nick Smith, fund manager for AIPUT, said: “I welcome the Government’s commitment to streamlining the planning system towards delivering greater certainty and promoting better design and decarbonisation measures. But the bill needs to be about more than increasing housing numbers.

“I hope that due emphasis is also placed on the vital role of a healthy commercial/industrial property market in driving innovation, supporting investment and job growth and equipping the British economy to prosper in our new post-Brexit world.

“That means, amongst other things, getting the tax and infrastructure levy regimes right and guiding local planning authorities on the practical steps needed to plan for investment and growth.”

Richard Smith, partner, commercial real estate, environmental law and planning for Sandstone Law, said: “The Queen’s speech confirmed the anticipated fundamental reform of the town and country planning system that Boris Johnson says is essential to deliver his target of 300,000 new homes each year: ‘Laws to modernise the planning system, so that more homes can be built, will be brought forward…’.

“We may not see a draft bill until the Autumn, but we know already that a key change will be the prior designation of land into growth areas, renewal areas and protected areas.

“The relatively new ‘permission in principle’ route could also be applied to larger development proposals.  Decision-making will be faster and more certain, within firm deadlines, and should make greater use of data and digital technology.

The Prime Minister wants ‘Radical reform unlike anything we have seen since the Second World War … a whole new planning system for England’.

“As ever, the devil will be in the detail and it will certainly be controversial. We will be following the progress of the bill and reporting regularly on its implications for the real estate industry.”

Huw Mellor, partner, planning and development, Carter Jonas Oxford, said: “The pledge to push ahead with reforms to the planning system is expected to introduce significant changes.

“However, we won’t absolutely know whether this is the biggest shake-up of the planning system or a streamlining of the current structure until full details are published in the planning bill later this year.

“Nevertheless, it may be that certain proposals, such as those for a zoning system, under which land is split into three categories: for growth, renewal or protection, is not dramatically dissimilar to the situation that we face at present.

“A growth zone for instance is a likely equivalent to a land parcel allocated for development. Until we know these details, at this stage, perhaps the most important thing to emphasise is the need to progress current Local Plans and to encourage engagement from people, communities and anyone interested in this process.

“Whatever system we are working under, these plans will be the blueprint that set the direction for future development growth.”

Renata Lovat Short, senior associate, real estate at Clark Holt solicitors, said: “I’m a natural cynic, but I have to say the Queen’s speech 2021 is possibly the most dynamic and positive one that I have read for some time, with plenty that resonates with me, as a property lawyer, in particular.

“‘Improve infrastructure and connectivity’, ‘invest in town centres’, ‘reform the cumbersome planning process’, – yes please, to all of this and then unleash the creativity of the property world to do its thing with, hopefully, less red tape!”

Steve Woodford, managing director of Haslams Estate Agents, said: “I understand the rationale for removing the subjectivity of local politics from the planning decision making process but, for all its many faults, it does mean that local issues are considered.

“The perennial aspiration to build more homes is sound and much-needed although, from experience, I very much doubt that any increase in housing supply will make homes more affordable.

“This, therefore, only partially fixes the housing problem, meaning that more Government support schemes will be needed to subsidise the cost of getting first time buyers onto the property ladder.”

Paul Vicary, director of DevComms, said: “One of the proposed bills in last week’s Queen’s speech was a new planning bill to ‘modernise the planning system, so that more homes can be built’.

“There has been criticism from all sides of the political spectrum (in Westminster and town halls) that the bill, if reflective of last year’s White Paper, seeks to expedite housing development at the expense of democratic accountability in planning.

“The bill may be positioned as part of the Government’s ‘levelling up’ agenda, but ministers can still expect a tough passage through Parliament, with amendments likely to be tabled before it receives Royal Assent.”

Expertise among our Valley Voices spreads to other areas of the speech.

Gail Vallis, corporate solicitor at Clark Holt, said: “It’s great to see our life sciences industry getting the recognition it deserves in the Queen’s speech.

“I’m excited to see the country become a ‘global superpower’ – our amazing scientists are well on their way already. The challenge will be seeing where that funding goes. Cancer, Alzheimer’s and heart disease have all been mentioned but will there be enough to go around?

“With mergers and acquisitions in the life sciences sector flourishing, and so much interest from private equity in this industry, I’m sure there will be plenty of offers on the table should the Government support fall short.”

“Whilst the likely content of the bill is still quite vague, it sounds as though it will include familiar parts of existing legislation (transparency, non-discrimination etc) and some changes that will make life easier for both bidders and contracting authorities.

“In relation to the latter, the Government is promising: three simple procedures to replace the existing ‘complex and inflexible’ ones; wider social value considerations, pre-qualification for suppliers via a single data platform and speeding up the review of procurement challenges and capping damages.

“No doubt more detail will be provided soon.”

And Gordon Hood, director and head of Home Counties, residential lettings at Savills Reading, has responded to the renters’ reforms in the Queen’s speech.

He said: “A White Paper, set to be published in the Autumn, will outline the Government’s package of proposals to create a reformed and balanced private rented sector that works for landlords and tenants.

“The good news is they will consult extensively with stakeholders which means we will have the opportunity to feed back about anything we feel strongly about.

“The White Paper is expected to include Government’s proposals for the abolition of Section 21 evictions.

“Reforms will also ensure landlords’ rights to regain possession of their property when it is fair and reasonable for them to do so. Proposals for introducing a new ‘lifetime’ deposit model are also expected.

“Legislation will be brought forward in due course, but they feel it is only right that the proposed reforms are considered in light of the impact of the pandemic and through engagement with stakeholders ahead of introduction to achieve the right outcomes for the rented sector.”