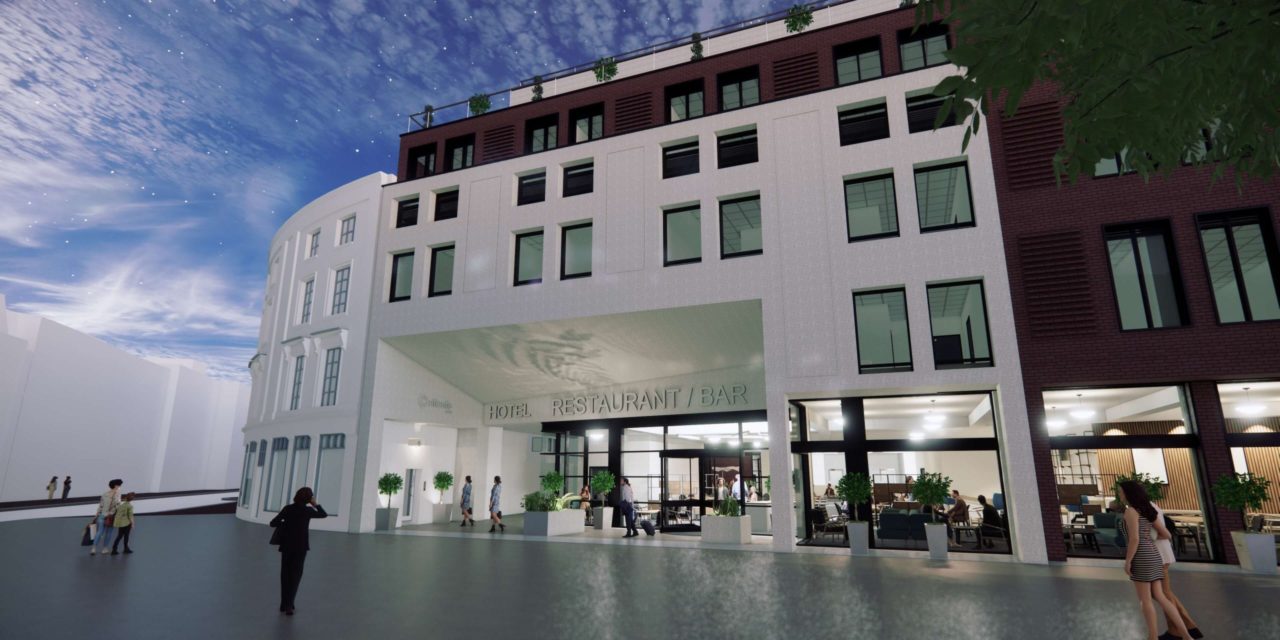 Plans for a new hotel to replace Reading’s derelict Bristol & West Arcade have been recommended for approval.

The retail units, which will for flexible Class E use, include the former Coopers Arms pub.

The hotel plan is for a four-star, eight-storey building of up to 182 rooms with bar, restaurant and gym on the ground floor.

Around 100 jobs will be created across the scheme, 60 of them at the hotel.

The plan is the third attempt to redevelop the vacant site in relatively recent years. Before the 2008 financial crash, work had begun on a Brook Henderson plan for shops with 14 flats above but stopped during the crisis.

There were alterations approved to those plans but the scheme never restarted.

In 2019, Sonic Star Properties won consent for retail, a pub, offices and 43 apartments but little interest was found for either the retail or the offices.