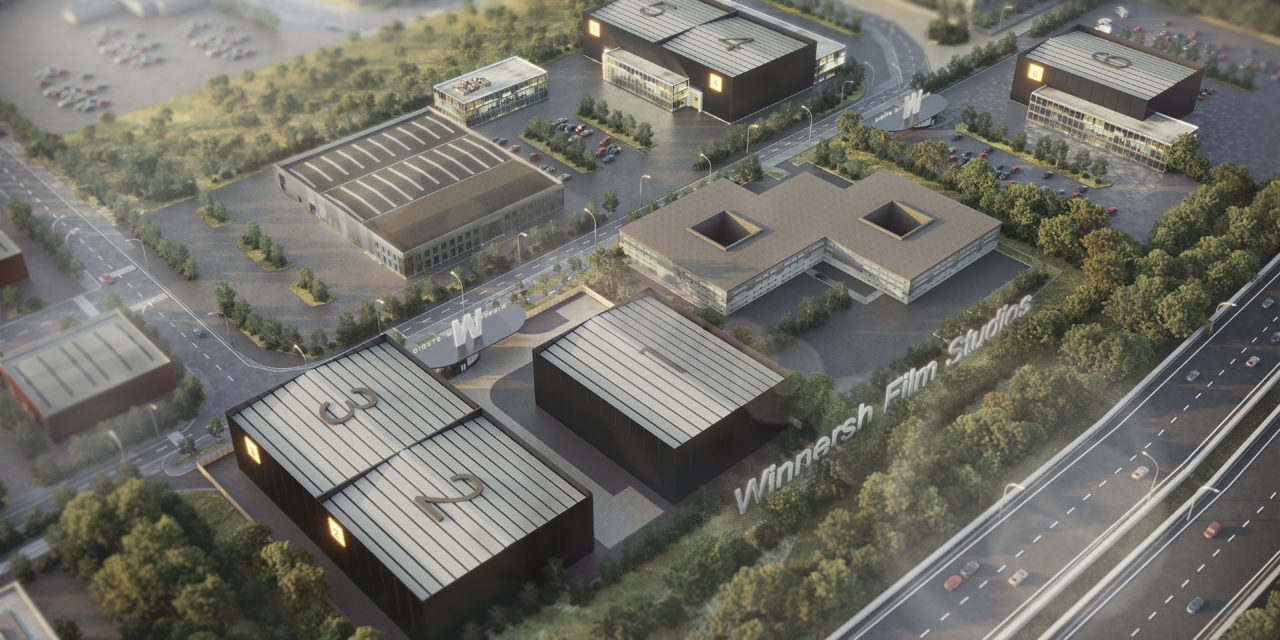 Both property and film industries say demand for studio space has never been greater after Stage Fifty’s  announcement of its new scheme at Winnersh Triangle.

Frasers Property, owner of the 90-acre park, has signed a deal with the studio developer to bring 120,000 sq ft of studio space, 25,000 sq ft of offices and 50,000 sq ft of workshops to the site which will include the world’s largest fully encapsulated virtual production (VP) stage.

The first space is due to be delivered during 2022. Stage Fifty is in discussion with Wokingham Borough Council about its plans and will submit an application for temporary permission within the next few weeks. Another application for the larger, permanent scheme will be made next year.

Most of the development will be a mix of new and existing buildings in Eskdale Road with some of the workshops in buildings opposite the Crowne Plaza near the 1000 series of units close to the entrance to the park.

Rupert Batho, commercial director for Frasers Property, said: “The diversity of accommodation at Winnersh Triangle, combined with our market leading facilities and integrated transport infrastructure, has been at the heart of attracting Stage Fifty.

“It joins the likes of Pip Studios, Virgin Media and Evertz, thus expanding our technology enriched, creative industry cluster and provides the film industry with much needed capacity here in the UK. This is a transformational step in the continued evolution of Winnersh Triangle as one of the Thames Valley’s most dynamic economic areas.”

The studios will create around 500 new jobs and support a further 500 indirect jobs in the supply chain. It is expected to add an annual £50m to the UK economy.

James Enright, chief executive of Stage Fifty, said:  “We worked with Frasers Property to secure the space for the new studio at Winnersh Triangle Park. It’s in a great location with fantastic facilities already in place. Wokingham Borough Council and the Local Enterprise Partnership are investing in the transport infrastructure to support more sustainable travel, which was another reason for choosing Winnersh.

“One of the biggest challenges our industry is facing is the availability of skilled crew. We have exceptional talent in the UK, but there are not enough people to meet demand, so we’ll work with the local community to offer training and apprenticeships to support the next generation of great British filmmakers.

“The substantial investment in the site will grow the UK economy, support existing local businesses and create hundreds of new jobs at the studios and throughout the wider supply chain.

“We’ve redeveloped existing spaces on the site to create offices and workshops that are in use now, and the stages at Winnersh Film Studios, including the VP stage, will be operational in 2022.”

The Winnersh announcement comes on top of news of film studio developments at Shinfield, Bray, Shepperton, Longcross and Marlow.

He added: “Our industry is experiencing a phenomenal growth period. Indeed, the demand for content has never been greater, which in turn is driving the need for greater skills development and additional studio space, services and facilities.

“The creation of additional stage space capacity such as that at Winnersh Film Studios will help considerably in ensuring that the UK remains a global leader in international screen production.”

Nick Paterson-Neild, partner at Barton Willmore, who worked on planning the Shinfield Studios, said the UK is already a leading light in the industry and well-placed to benefit from the new demand from the growth of streaming services over the last 10-15 years.

In addition, he says the Covid lockdowns have led to a backlog in film production. The industry is also incentivised by tax breaks.

He said: “The UK is blessed. It has some amazing locations for filming. You’ve got so many country houses which are good, ready-made locations.

“But there’s a whole host of reasons, of course. There’s the English language, jobs, the talent, the locations and our legacy is very strong. The filmmaking and TV production, over a long time, has put the UK in a strong position to take advantage of this new demand.”

The Thames Valley’s connections to London and Heathrow Airport add to its attraction as well as the University of Reading which has land and the expertise.

But he said other industries benefit through the range of jobs created.

He added: “There are set designers, plasterers, costume designers, lighting etc, and a lot of graphics, AI and technology going into it. It’s almost like a cluster of industries rolled into one.”

Vail Williams partner Charlie Nicholson said with the UK’s film and TV industry third in the world behind the US and China, the industry has never seen demand like that at present.

He said: “Demand for new studio production capacity has never been greater, with JLL citing up to 4.5m sq ft of new development potentially required in order to meet it – more than double the current amount of permanent production space in the UK.

“The UK has created a very tax efficient environment for the film industry to thrive. UK Film Tax Relief is available for all British qualifying films of any budget level – the film production company can claim a payable cash rebate of up to 25 per cent of UK qualifying expenditure.”

He believes the level of skills in the UK is another attraction.

He added: “We also have a lot of the acting, directing and production talent in the UK. And international stars like to head over to the culturally-similar UK environment and enjoy the sights and entertainment afforded by London, when making a UK based production.

“Generally, therefore they like to be within an hour of the international hub airport of Heathrow and therefore, west of London works well.”