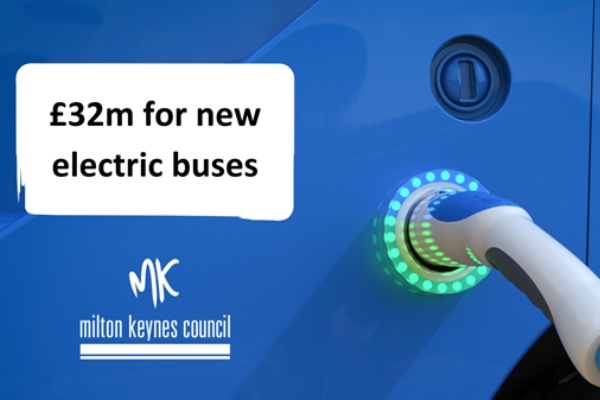 A brand-new fleet of electric buses will be arriving in Milton Keynes following Chancellor Rishi Sunak confirming the council had been successful in its bid.

During yesterday’s budget, it was confirmed that a £16 million bid by Milton Keynes Council and Arriva has been successful, enabling the introduction of 60 new electric buses and an overnight charging facility. An additional £16 million will also be offered to the council, available through special finance arrangements.

Earlier in the year, the Department for Transport announced its Zero Emission Bus Regional Access (ZEBRA) scheme and invited local authorities to submit their local bus proposals for a share of £120 million of government investment. The new scheme is backed by both private investment and government funding, helping the city achieve its goal of being carbon neutral by 2030.

Cllr Pete Marland, leader of MK Council said “We’re happy with this announcement which is a very important step in achieving our climate targets.  We’ve shown that MK is fully invested in becoming even cleaner and greener and that we have the partnerships in place to move quickly to a zero-carbon future with electric buses.”

It is hoped that the first of the new buses will arrive next year.