£760m go-ahead for next phase of East-West Rail 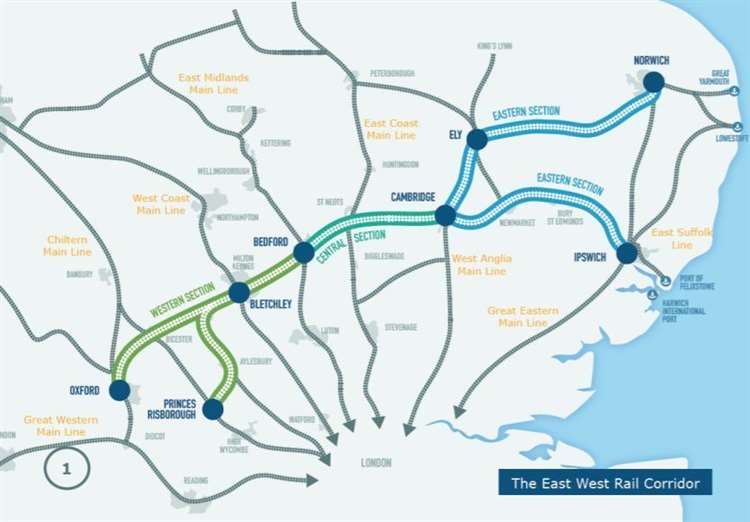 Government funding of £760 million has been approved for the next phase of East-West Rail which will link Bicester with Bletchley.

Direct services between the two centres were axed in the Beeching cuts in 1968.

But Transport Secretary Grant Shapps announced the funding for East-West Rail and a smaller scheme in Northumberland at the weekend.

He said: “Restoring railways helps put communities back on the map, and this investment forms part of our nationwide effort to build back vital connections and unlock access to jobs, education and housing.

“Returning these routes to their former glory and progressing work to reopen even more lines and stations shows our commitment to levelling up journeys across the country as we build back better from the pandemic.”

Simon Blanchflower, chief executive for the East West Railway Company, said: “We are delighted that the government has shown a big commitment to East-West Rail and the Oxford-Cambridge Arc with today’s investment decision.

“This funding will enable us to get on with the construction work that will connect communities who live on the East-West rail link.

“We are committed to improving connectivity across the Oxford-Cambridge Arc, and fully recognise our responsibility to ensure that it is delivered in a way that minimises disruption, supports the regional economy, maximises benefits and supports jobs across the region.”

The work will involve a new station at Winslow. By 2025, two trains per hour will run between Oxford and Milton Keynes via Bletchley.