Application submitted for 93 homes in Hemsby 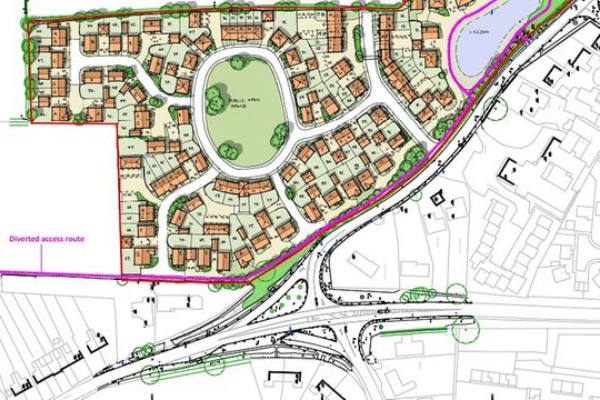 A planning application has been submitted to Great Yarmouth Borough Council for 93 homes off Yarmouth Road in Hemsby.

The development would see a mix of housing including bungalows, flats and three-bed houses, as well as 19 affordable houses on the site.

Outline planning for the scheme was granted in 2018 for the scheme, which includes four entrance roads, and a footpath connecting Hemsby with Ormesby across the old railway line rerouted to incorporate a lagoon into the estate.

Cycling and walking routes to and from the estate would also be improved, and the scheme would feature ‘character areas’ and ‘attractive, landscaped streets’. A mini-roundabout would also be installed where Yarmouth Road meets Water’s Lane.

The scheme is being billed as “a natural extension of the built form in Hemsby and would certainly enhance rural vitality in the area whilst simultaneously supporting the rural economy”; with supporting documents saying “It is our belief that this development would help support the community of Hemsby and the surrounding area. It is considered the design would help create a place in which people would want to live today, tomorrow and well into the future.”

A two-week consultation on the scheme in May revealed some opposition, with some arguing Hemsby already had significant housing, in turn causing a petition to be launched against the scheme.

A decision on the application is expected in September.