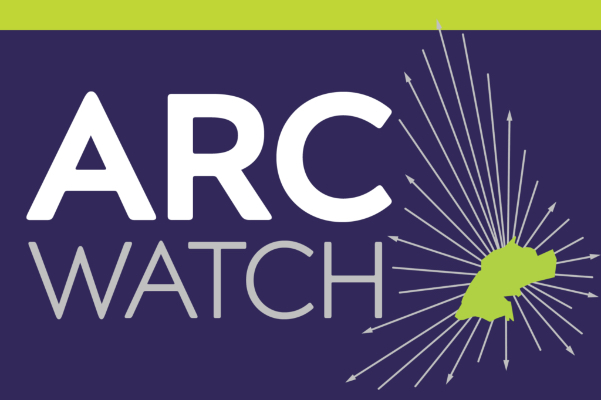 The Arc has always been there. It just didn’t have a name before.

The ancient and world-leading university cities of Oxford and Cambridge at each end.

Between them, Milton Keynes, creature of the 20th Century and the many more established towns, communities and learning establishments.

So what is it that has inspired the concept of the Arc and who are the key players?

Unless you’ve been on (very) extended furlough, you will be well aware of the excitement, the anticipation, the frustration and the controversy surrounding this unprecedented concept over recent years.

But to recap briefly, the Government has recognised the exceptional growth in the region and its potential contribution towards the development of the entire UK economy.

In 2019, it published a declaration on behalf of itself, the 16 local authorities across the Oxford to Cambridge Arc, Cambridgeshire and Peterborough Combined Authority, the Arc’s three local enterprise partnerships (LEPs), and England’s Economic Heartland.

Key to delivering the benefits of the Arc is the Government’s desire to achieve the key fundamental objectives of productivity, placemaking, connectivity and environmental sustainability.

A huge amount of time and energy has been invested in developing the concept, from recognising the drivers and inspiration to encouraging investment in pioneering activities, to identifying the infrastructure needs of the area and requiring it is delivered in a sustainable way.

The Arc has been the subject of conferences and seminars, including by UK Property Forums, and publications abound; from Oxford and Cambridge surveyor Bidwells’ Radical Regeneration Manifesto to the last year’s Arc prospectus, the executive summary of which can be read here, and now the Government’s Spatial Framework Plan.

Bev Hindle, Arc Leaders Group chief executive, admitted in a recent webinar that delivering the Arc would be difficult.

And we all know that history is littered with the corpses of those who have tried to reconcile the interests of so many stakeholders to achieve a common goal.

But the Government is determined. And, it appears, in a rather more collaborative frame of mind than might have been expected.

In addition, sustainability takes prominence. As does communication. The message is that it not only has to be delivered, but it has to be done right – and in a 21st Century way.

UK Property Forums is launching ArcWatch, not just to report on the activities in the region, but to understand and explain the drivers with the help of our expert Arc Voices.

So we can report regularly and accurately, we will establish lines of communication with as many of the Arc’s stakeholders as possible so we can deliver news of the latest developments, initiatives and – should they occur – setbacks.

We’ll also be keen to know what the experience has been so far for the inhabitants of the Arc, whether in their research and development, business or individual capacities.

At this key point in the progress of the Arc, ArcWatch, with its partners and connections, will be the central point for the news along with the views of key players in its progress.

Rob Allaway, managing director of DevComms, said: “We are delighted to be working with UK Property Forums and fellow businesses in the region on ArcWatch. The Arc presents a huge opportunity to set new standards in collaboration and placemaking and we look forward to sharing our insight and learning from other ArcWatch partners on this major project.”