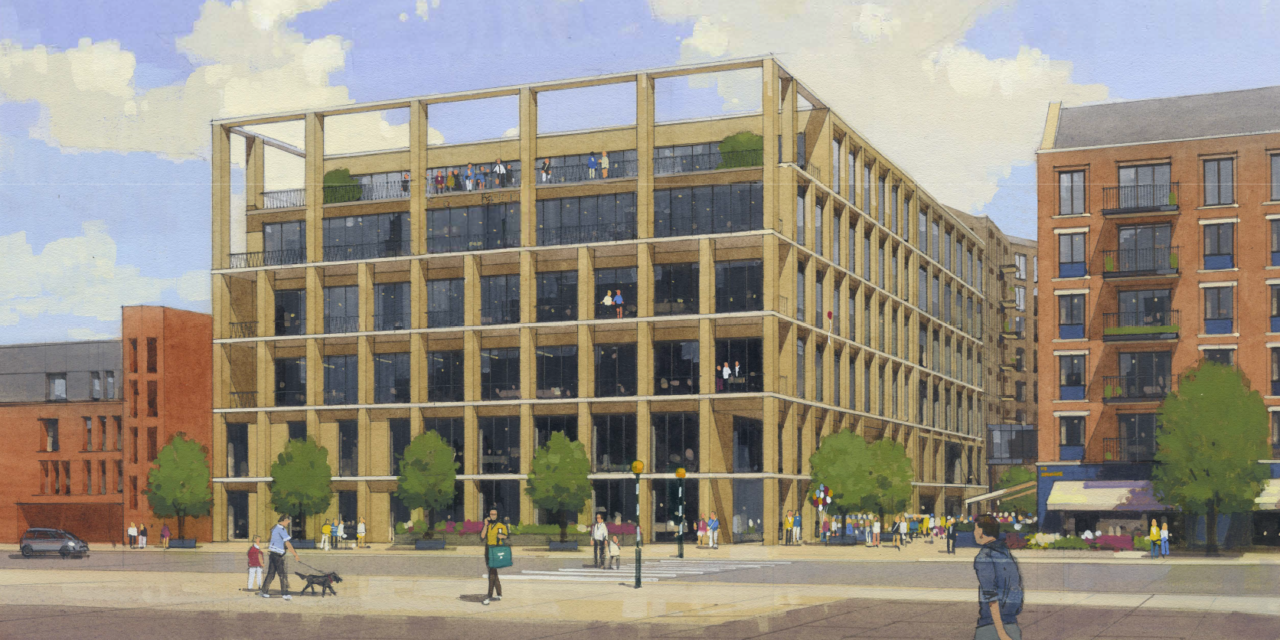 Newbury’s proposed Eagle Quarter has been revised to address concerns about its height.

Developer Lochailort Newbury Ltd has made a series of changes to one of its planning applications for the comprehensive redevelopment of the town’s Kennet Centre.

Lochailort’s submission of two planning applications in March had followed consultation with residents, civic bodies and others. There was overwhelming support for the principle of redeveloping the ailing shopping centre.

Block C, which fronts Cheap Street has been reduced and set back and the roofscape of Blocks A, B, C and F (which fronts onto Bartholomew Street) have all been amended, to further reduce the scheme’s height and massing.

Lochailort managing director, Hugo Haig, said: “We are grateful for the clear and comprehensive manner in which the town council, Newbury Society and other consultees have presented their comments on our planning applications, and have noted that both civic bodies welcomed redevelopment in principle but raised concerns about the height of our original proposals.

“We believe that height gives definition to the development, rather than causing harm. Instead of trying to hide the scheme away in the centre of town, in our view Newbury would benefit from a way finding feature that signposts the town centre intuitively on the skyline.

“Nonetheless, we have given very careful thought to their height concerns which, in the context of the discussions we have had with Historic England and the council’s conservation officer, have led us to amend our plans.”

The scheme retains features including its new pedestrianised street, GP surgery and medical hub, units for artisan retailers, improvements to the existing cinema and extension of the food court.

Planning director at Lochailort, James Croucher, said: “From the outset we have wanted this scheme to lead the way in responding to West Berkshire’s climate emergency.

“Despite the reduction in the development’s size, our goal of delivering a net zero carbon scheme remains deliverable, using ground source heat pumps, photovoltaic electricity and a range of other sustainability measures.”

1,2,3 show views from Market Street as it exists, as it was first proposed and as it has been revised.

4,5,6 show views from Bartholomew Street as it exists, as it was first proposed and as it has been revised.

7,8 show the view of the proposed office building in the scheme as it was proposed and is it has been revised. 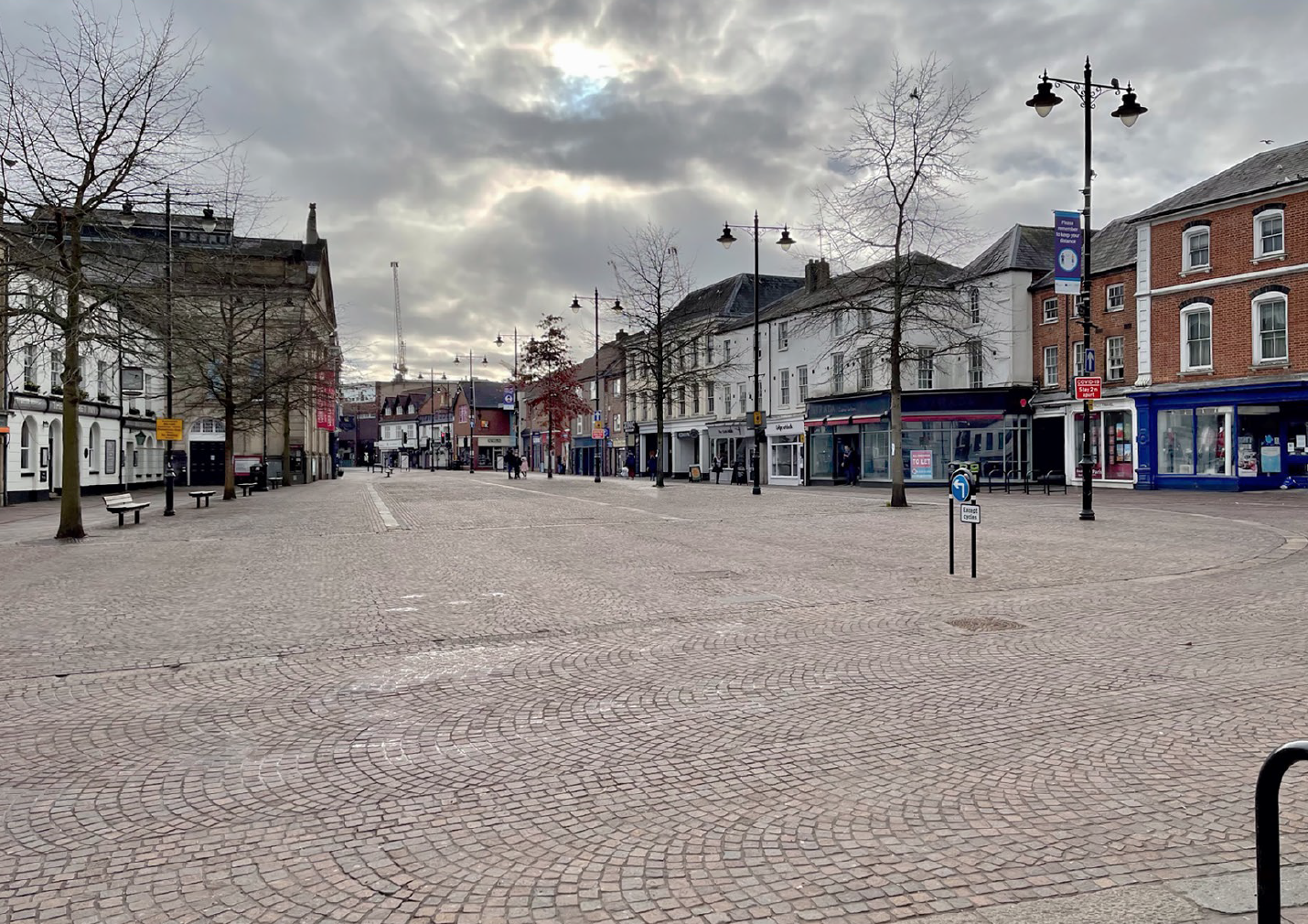 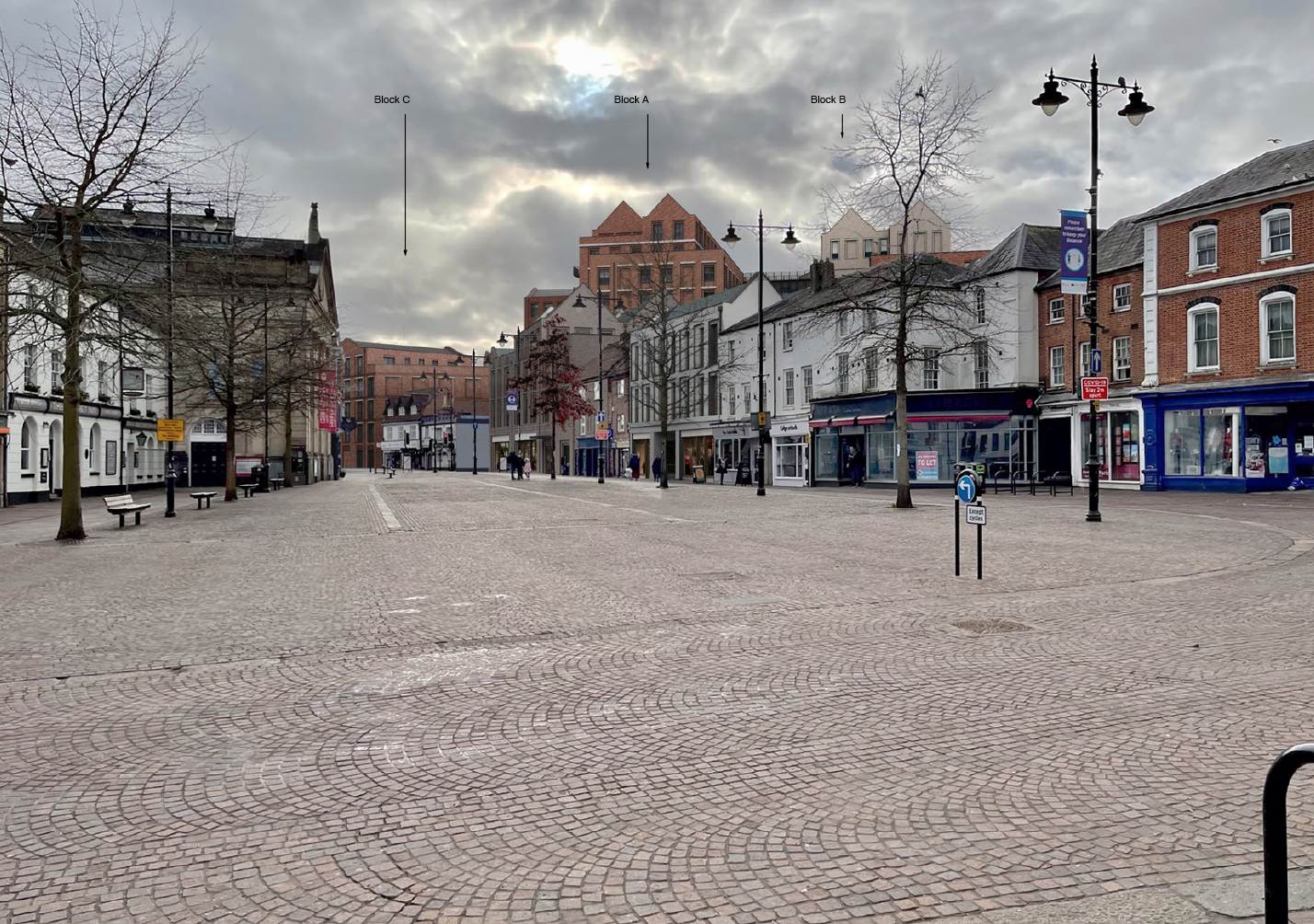 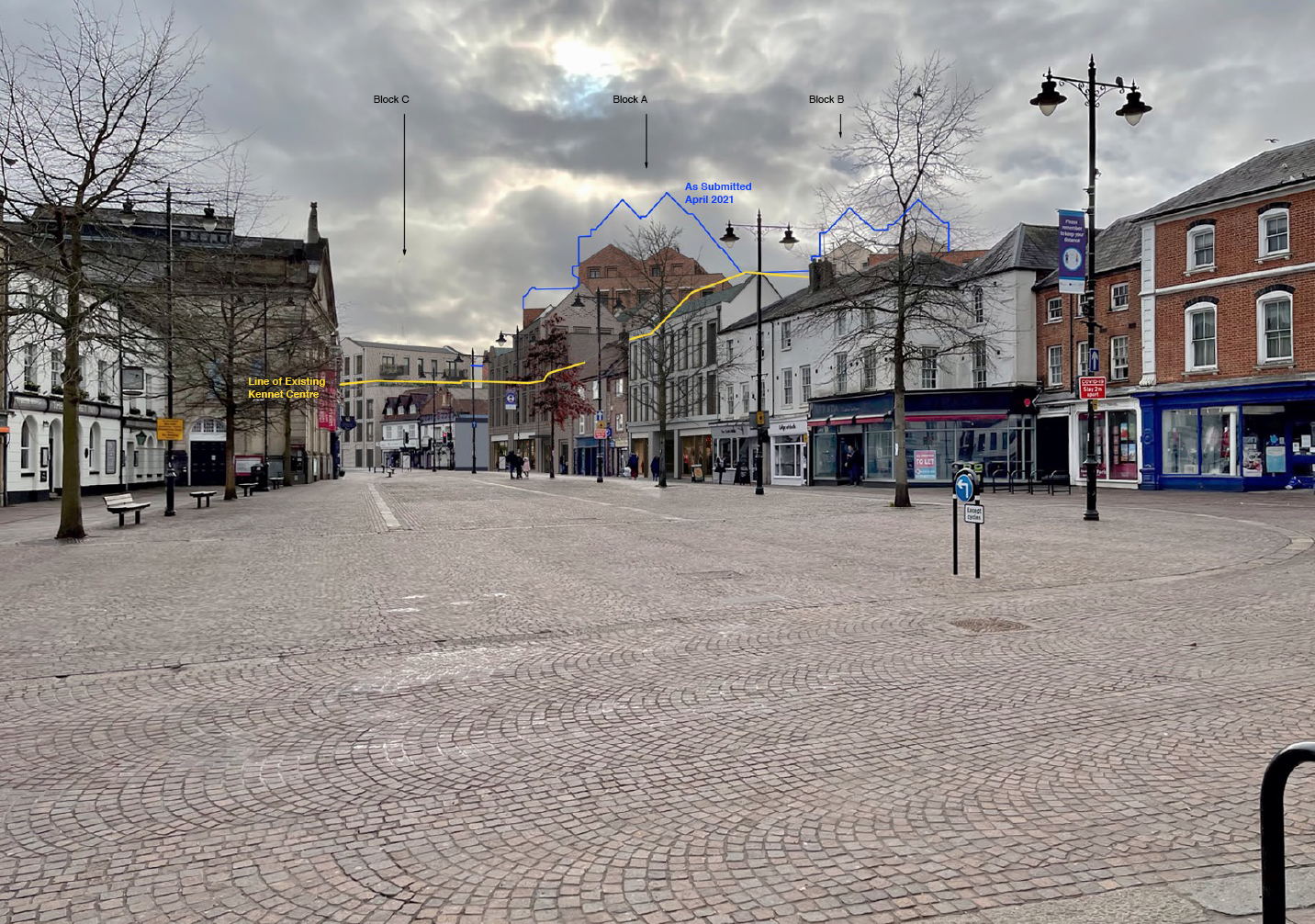 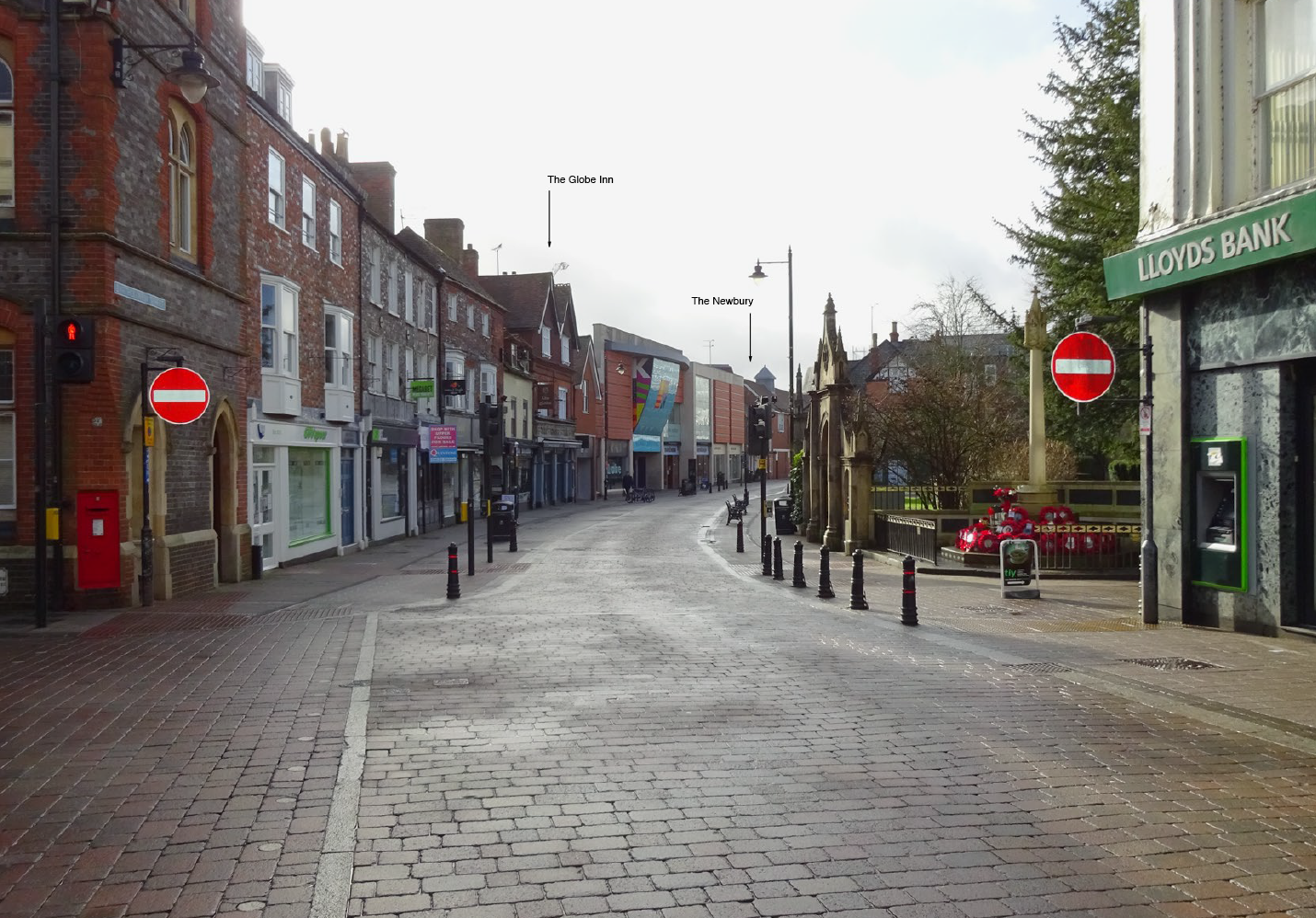 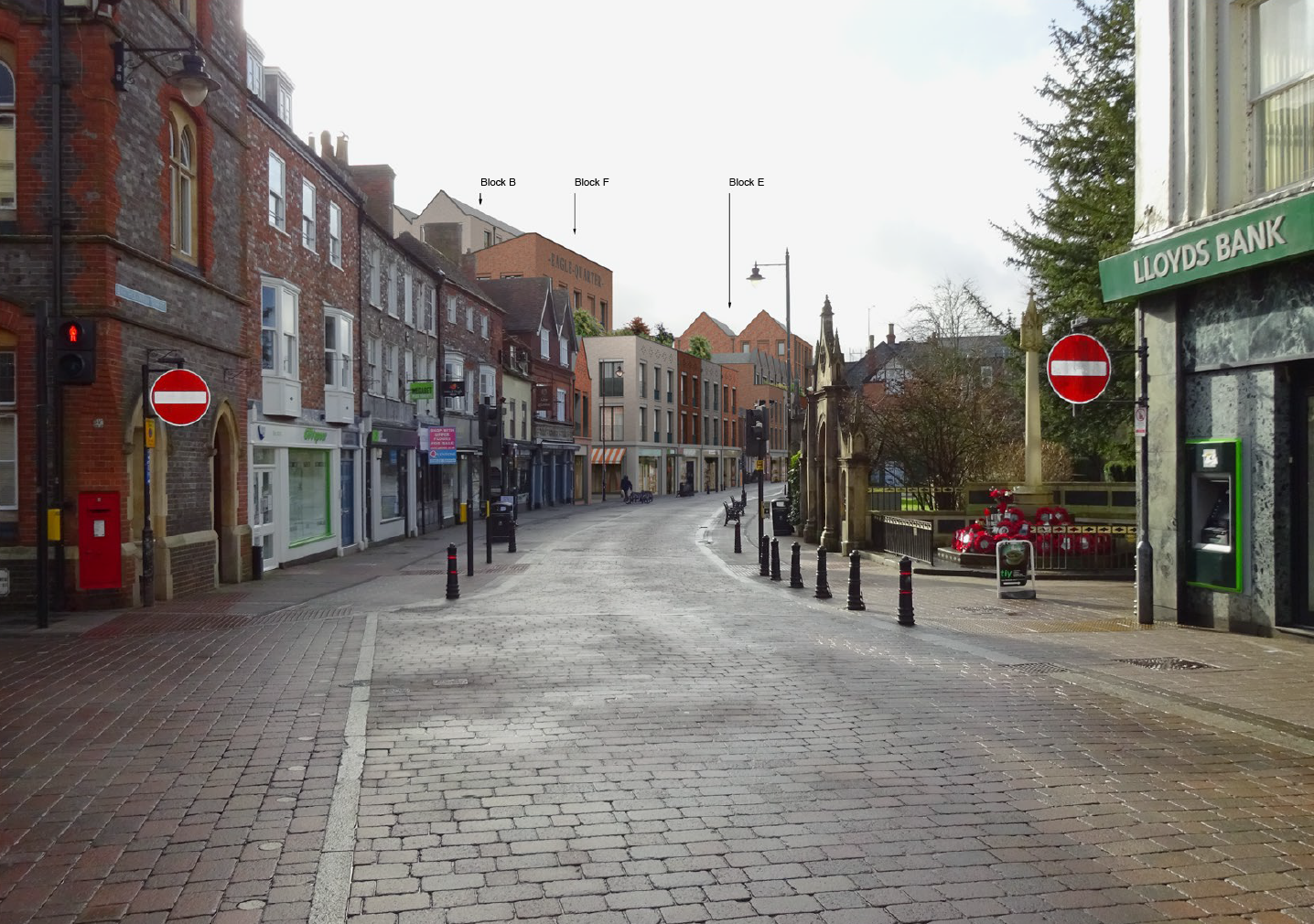 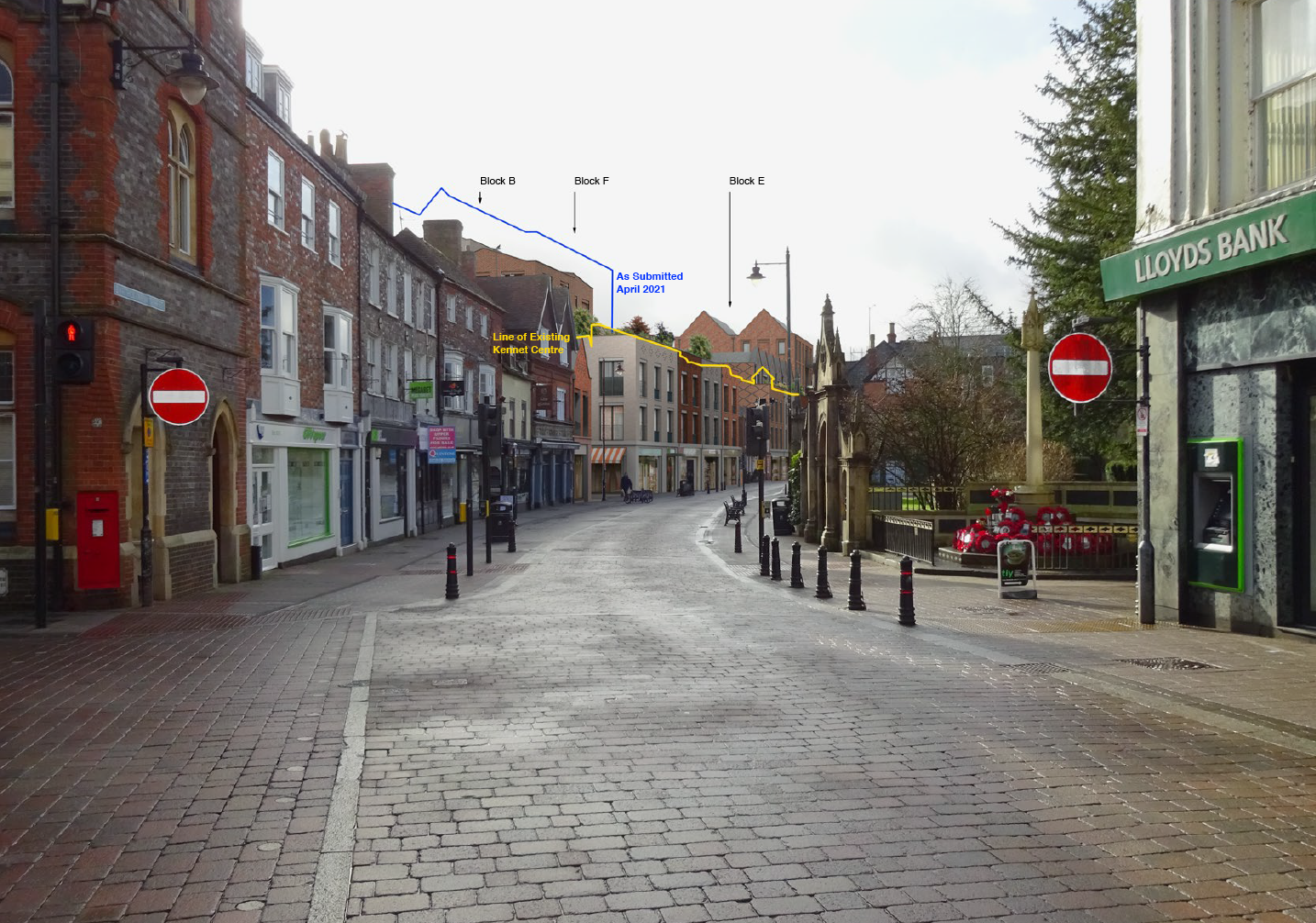 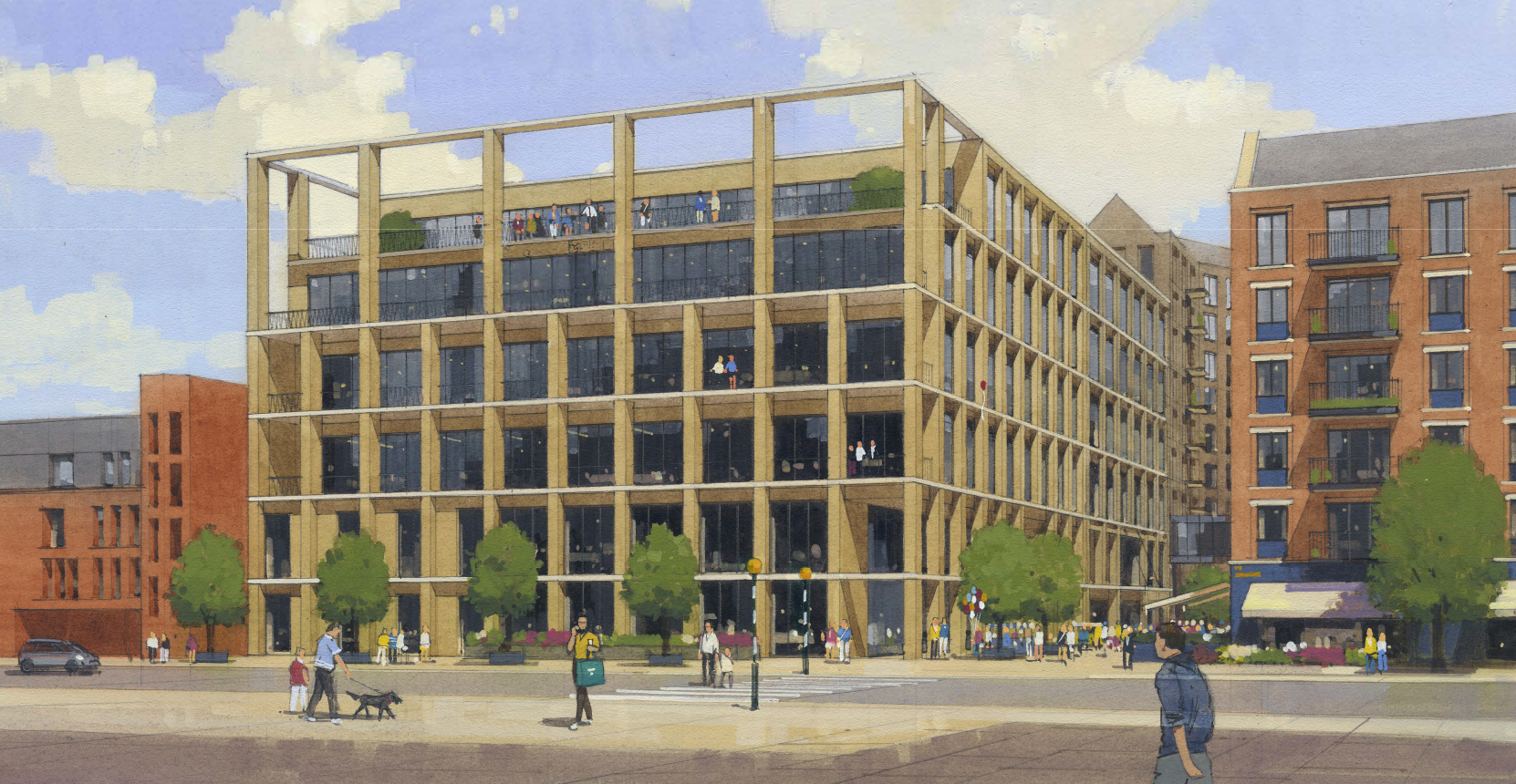 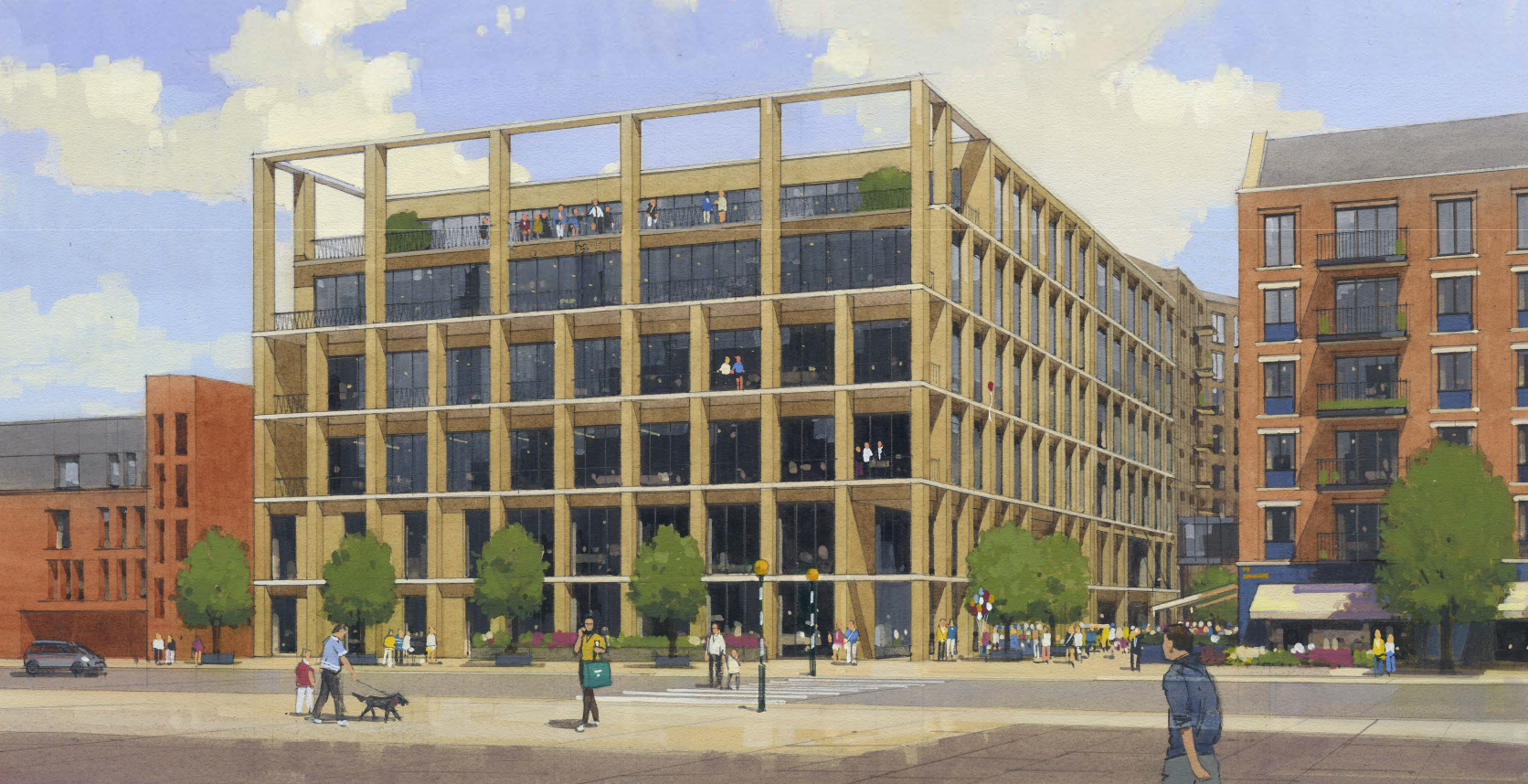