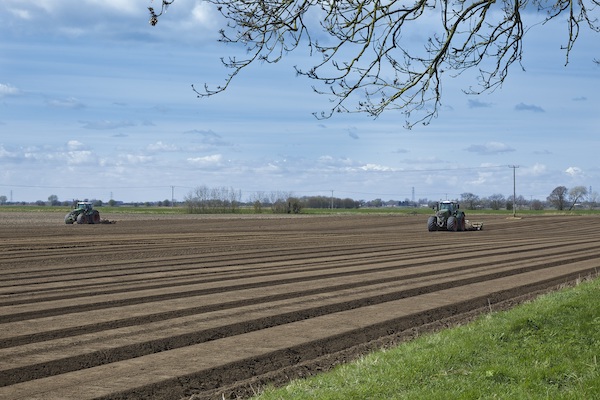 Farmland values in the East of England are expected to continue to see steady growth over the next five years, according to a report by Savills.

Savills predicts that continued economic and political uncertainty, together with a still poorly defined policy framework for agriculture, will mean that farmland remains in comparatively scarce supply

As a result, over the next five years, agents predict that prime arable land values will increase by an average of 2.5 per cent per annum over inflation, while poorer quality pasture will climb by an average of six per cent.

However, markets are likely to remain highly localised – and those land types in highest demand such as poorer quality grazing land popular with environmental investors and top quality Grade I farmland are expected to be the best performers.

The forecasts come after a strong year for the farmland market in the East of England.

According to the report, the value of farmland in the East of England – including arable and pasture – now sits at an average of £9,679 an acre, the highest of any region and 23.9 per cent higher than the national average of £7,815 an acre. This is a 15.1 per cent rise compared to the end of December 2021, when the average was £8,407 an acre.

Oliver Carr, part of the rural agency team for Savills operating in West Suffolk, Cambridgeshire, Hertfordshire and Bedfordshire, said: “There are currently compelling arguments for selling, buying and holding land, and the right decision is personal in each case, but it is worthwhile farmers reflecting on these in relation to their objectives and longer term plans. The average value of farmland is at an all-time high and for those that do choose to sell, the decision could prove rewarding.

“Consequently we do expect more farmland to come to market this year – whether it be investors looking to cash out and release capital, farmers feeling the squeeze on incomes or those looking to retire. However, even then, it’s unlikely demand will be satisfied.

“Competition for high-quality commercial farmland remains strong, while environmental motivations also continue to provide a buzz. Tree planting, biodiversity net gain (BNG), natural capital, carbon sequestration markets and regenerative farming have all resulted in increased interest from investors who want land with the potential to secure income from nature-based solutions. Rollover buyers will also continue to be a major force, with demand from lifestyle buyers perhaps cooling slightly in line with the housing market.

“Alongside this we expect the taxation benefits and long-term outperformance of inflation to remain significant factors in farmland’s appeal. The current gulf between supply and demand is likely to temper any negative impact of the rise in interest rates, with the pent-up demand insulating farmland values from the impact of the economic downturn.”

Significant deals agreed by Savills in the East of England last year include the sale of the Exning Estate near Newmarket, the Coldham Estate in Cambridgeshire, the Gawdy Hall Estate in Norfolk, Rectory Farm near Framlingham and the Hexton Estate in Hertfordshire. In total the team completed almost 20,000 acres of land sales in 2022 with a value of almost £290m.