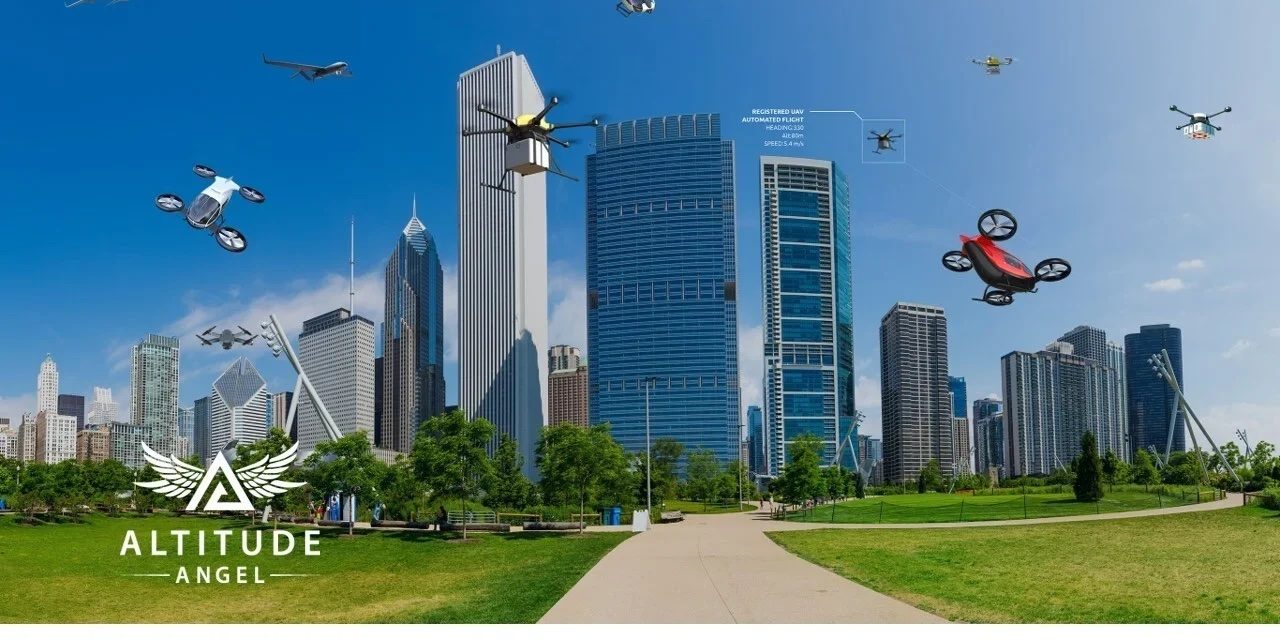 While councils create cycleways across the UK, a more meaningful transport route being planned in the sky, is starting to get noticed.

Altitude Angel is surging ahead with Project Skyway, a 165-mile pilot drone highway which will run between Reading, Oxford, Milton Keynes, Cambridge, Coventry, and Rugby.

UK Property Forums first reported on the Reading-based company’s vision in April 2022, but when £5 million was invested by BT recently, the publicity was much greater.

Project Skyway is a genuine step forward – technology that could reduce the need for delivery vans and even, in the case of organ transportation, save people’s lives.

It’s not quite the dream people have about drone delivery; drone highways will be fixed paths so drones won’t yet deliver to your front door. They will deliver to fixed centres from which items will need collection.

But this first significant venture into the sky for purposes of regular delivery will doubtless lead to many more opportunities opening up. Workplaces could have drone delivery areas and Reading’s Station Hill developer Lincoln MGT has already looked at incorporating a drone landing pad.

But contrast this with the ideas dreamed up by the political class.

Project Skyway, on the other hand, is the result of clever and visionary people, seeking to use technology for identifiably good reasons.

For politicians, it’s all about penalising and restricting. In London, the ultra low emission zone is likely just the start of a much more restrictive practice where its geographical area can spread further and its fines increase.

Clean air zones are popping up around the country. They are already in Bath, Birmingham, Bradford, Bristol and Portsmouth and there are plans for new ones in Greater Manchester, Sheffield and Newcastle.

Justification for these types of zones seems to be based on ludicrous claims of the numbers of deaths due to pollution. Former London Mayor Ken Livingstone, whose congestion charge now seems relatively reasonable for a crazy old radical, was on TV last year saying there are 79,000 people a year dying from pollution in London.

Asked where that figure came from, he didn’t know.

We’ve yet to hear politicians celebrating Project Skyway in the way they celebrate their prohibitions. The former COP26 president Alok Sharma got a knighthood for jet-setting around the world in the name of climate change! Can none of the apocalyptic doom mongers, who insist the end of the world is nigh, see the slightest irony?

We’ve yet to hear what Sir Alok has to say about this remarkable company so close to his constituency.

Meanwhile, outside the world of ideological nonsense, our anonymous correspondent, the UKPF Secret Agent, foresees a potential influx of vehicles heading to the M4 and, in particular, J11, which was heavily rebuilt more than a decade ago to cope with extra traffic.

These fears are fully backed up by facts, unhindered by politics. If politicians spent more time looking at real information and innovation like Project Skyway and less time making spurious claims to back up their fear mongering, the world might be a better place.