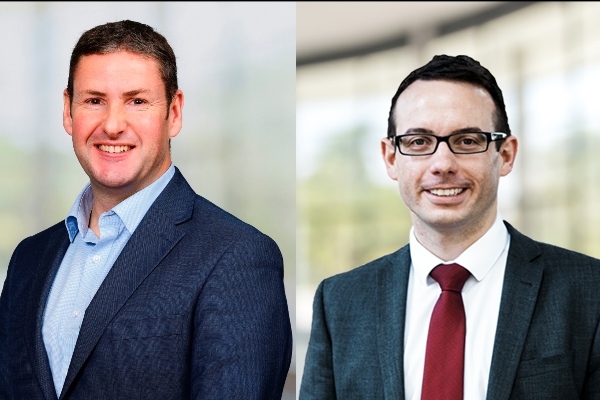 This article was written by UK Property Forums partner Savills, in response to the recently announced ‘mini budget’ by Chancellor Kwasi Kwarteng.

Planning and development featured prominently among the proposed changes.  The objective being to “unleash the power of the private sector”.  Within this is the prospect of a third attempt at major planning reform since 2020, a Planning & Infrastructure Bill will presumably supersede the Levelling Up Bill launched only earlier this year.

As part of the Government’s ambition to achieve 2.5 per cent economic growth in the medium term, the Chancellor announced, ‘Investment Zones’ – 38 areas of the country, all so far in England, where planning and environmental restrictions will be relaxed, along with reduced business taxes, freeing up developers and local residents from “red tape” and in the Government’s vision encouraging fresh investment and accelerating development. Simon Clarke, the new secretary of state at DLUHC, has stated that the Investment Zones (IZs) would aim to encourage growth in those areas “previously denied it.”

These are focused on Upper Tier Authorities and Mayoral Combined Authority areas (rather than Local Planning Authorities) and in the East of England include Norfolk and Essex. Each Investment Zone will offer “generous, targeted and time-limited tax cuts for businesses and liberalised planning rules to release more land for housing and commercial development”. A range of tax incentives will apply, similar to enterprise zones, alongside relaxations to planning control, though these details are still to be announced, however, they will be chosen based on a “rapid” expression of interest process.

The Chancellor also made clear that in the coming weeks, announcements on planning reform would be made, notably, a new Bill, which would include measures to speed up major strategic infrastructure projects, and ensures an increase in housing supply. This appears to also be grounded in continued commitments to Levelling Up where the Government will work with local partners including local authorities on the IZs.

James Firth, head of planning at Savills Chelmsford, said: “It will soon become clear what measures in the present Levelling Up Bill will remain as part of the Planning and Infrastructure Bill.  We now expect ‘streamlined’ planning processes, especially in IZs, which may likely include the detail required for application submissions and some deregulation. The new measures for Essex will be aimed at accelerated development and it will be very interesting to see the opportunities this approach brings forward.  Where this leaves local plans, intentions for design codes and environmental considerations remains to be seen. There is the prospect that some reforms may simply have taken too long to be within the scope of the Government’s new timetable”.

Second, are the detailed enabling planning mechanisms aimed at speeding these projects through the ‘red tape’, some of which will require legislative change, or revised local plans, which will take time.  Commentary on the details will come, for example, whether the Government amends the General Permitted Development Order (GPDO) to create new permitted development rights or incentivises Local Development Orders (LDOs) relaxing the requirements for planning permission. In addition, the Government had anticipated a streamlined approach to policy through the creation of National Development Management Policies, whether this remains in the new Planning Bill is to be confirmed.

In addition, expect reform to Nationally Significant Infrastructure Projects (NSIPs) to speed up consent for major infrastructure, including flexibility to make changes to Development Consent Orders (DCOs) once it is submitted.  138 projects were identified last week, which include roads, rail, decarbonisation, local transport, energy, freeports and digital schemes. The reform is also expected to include reducing the burden of environmental assessments, reducing consultation processes and reforming habits and regulations.

How IZs with different planning requirements to the surrounding area relate needs detail, and soon.  Capacity limitations within infrastructure, including power and water, as well as transport, are already putting a brake on delivery in many areas. If new, uncommitted growth is to be stimulated and, importantly, delivered, swift interventions and accelerated infrastructure capital programmes will be needed in the proposed IZs to ensure that sites are ‘good to go’ promptly.

Andy Moffat, head of planning at Savills Cambridge, said: “It was also suggested by the previous administration that the forthcoming National Development Management Policy (NDMP) would gain primacy in decision making in the event of any conflict with Local Plans. Does the Government, therefore, intend for these to set the rules for decisions made in the new Investment Zones, rather than via Local Planning Authorities in the first instance?  If so, the industry should be very keen to see the proposed NDMP as a matter of urgency, assuming it still features in the Planning Bill.”

There is also the overarching question of what is meant by a reduction in environmental regulations. The Growth Plan references ‘minimising the burden of environmental impacts’ and ‘reforming habitats and species regulation.’ The Government stated that some historic EU Regulations, enshrined in law with Brexit, will be repealed by the end of 2023.

How proposed developments mitigate the effect on protected habitats is a core issue in the planning system, removing these protections is not only controversial but may require a change in legislation or development in IZs may contradict (for example) the present Habitats Regulations.  This could however act to resolve issues such as nutrient and water neutrality, which together are presently holding up circa 100,000 homes in England. The Levelling Up Bill had also proposed to replace EIAs with Environmental Outcomes Reports, as it stands, reform to enable IZs will also have to address the EIA Regulations.

The Government have written to local leaders across England to invite them to discuss agreeing on new IZs which will be confirmed after a rapid Expression of Interest process. The devolved administrations are also invited to work with the Government to deliver similar schemes in Scotland, Wales and Northern Ireland. The relationship to ongoing Levelling Up Funding allocations needs further explanation, as well as the rationale behind any zonal decision-making process.

Measures that encourage economic growth are to be welcomed. If the Government intend to get Britain building, more information is needed as to how areas outside the initial 38 zones will be considered – particularly given the position of many local plans. Additionally, the Government and relevant local authorities will need to balance this with sustainable growth and environmental considerations.

If delivery is at its heart, speed and resourcing will be required, a key question remains how this leaves coordinated strategic planning in these areas and whether sufficient local resource exists to implement the changes. Perhaps a form of zonal planning is back, as the intended IZs form targeted growth locations?