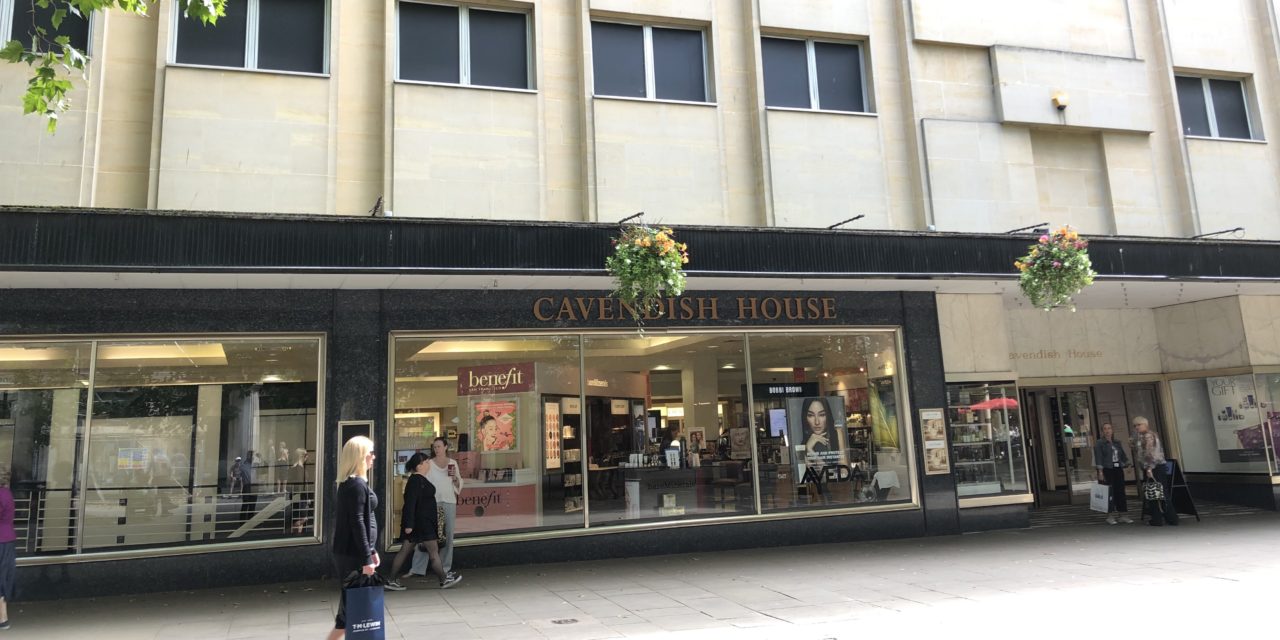 Mr Jones, managing director of Evans Jones, has observed some of the early successes among regenerated town and city centres and says the key is for the Government to fund the initial regeneration which, he argues, will prompt the private sector to invest.

He believes the pandemic accelerated the change that would have otherwise happened painfully slowly.

He told Thames Tap: “The high street is still in a state of flux, we are still finding out what the new normal will be for the high street.

“I think we are seeing, across the country, vast differences in the responses in how town centres are dealing with this issue post-pandemic. It’s not a new issue but the pandemic has brought it into sharp focus.

“What was a slow- paced trend has turned into a hurricane That in itself has some benefits in that it has forced people and the Government to focus their minds on what the high street is going to be.

“There have been tonnes of articles written and we’ve had experts writing reports on where the high street is going, such as the Portas report, and it’s all good stuff but we need to see some action and to see what areas are working and not working.”

Town centres have, he said, turned into characterless places which could have been airlifted from other towns, such is their lack of distinction.

However, to draw people in and make the retail succeed Mr Jones said centres need events, festivals, pop ups and independent retailers and Stroud in Gloucestershire is showing the way with a hugely successful market.

“They’ve got what is probably one of the largest independent Saturday markets in the country,” he said.

“You go there on a Saturday and the whole town is absolutely rammed.  It absolutely pulls people into the town centre, which is good, not just for the market stall operators, but the town centre generally. I think there are bigger market towns that can learn from that.”

Nearby Gloucester is another success story where a mix of public and private sector investment has proved a winning combination.

Mr Jones said: “Gloucester city centre has been in decline for decades and that is now seeing a resurgence.

“What has made the difference is it’s all about pump priming with Government funding development projects. That creates its own momentum which, in turn, creates confidence in the private sector for massive investment in the town.

“That drives footfall into the town centre to give the retailers confidence to invest themselves.”

One surprise development has been the acquisition of the former Debenhams store by Gloucester University for repruposing as an international health campus.

Mr Jones added: “That has bought increased footfall for all the shops in the city centre.”

Cheltenham, already famous for its horse racing festival, is holding more events to bring in the visitors.

Bath, however, has been slower to recover since much of its footfall is driven by tourism which has yet to fully reach pre-pandemic levels.

Mr Jones believes town centres became sterile clone towns because retail landlords relied upon the safest covenants, rather than what was best for the towns.

He went on: “Even if you had an independent paying the same rent, a landlord would opt for the safer, national tenant. For the investment portfolio it’s deemed safer.

“Landlords have, for too long, sat on their laurels, they’ve had it too good.”

Now though he says stakeholders in towns including BIDs, councils and LEPs have had to join forces to put on events, often loss-making, to maintain activity and drive footfall.

He said: “If you look at what would have happened without the pandemic, there would have been a slow decline. I don’t think we would have had stakeholders coming together to facilitate change.”

But the essential element, he says, is serious pump priming from the public sector, especially Government, to start regeneration projects before outside investors are prepared to take the risks.

He added: “The private sector will follow but you’ve got to have investment from Government to give them the confidence.”