Have your say on the future of the Grafton Centre, Cambridge 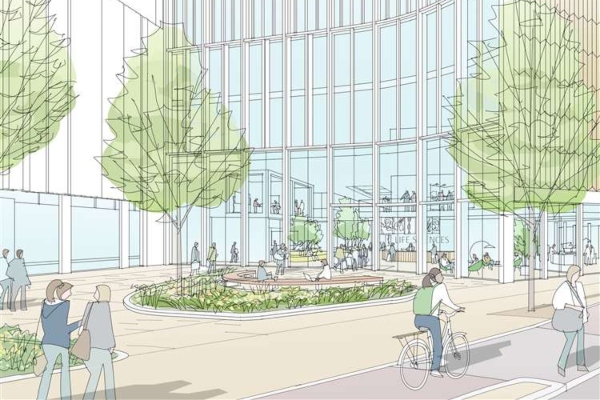 Plans to reduce the number of shops at the Grafton centre in Cambridge to deliver laboratory space will go out to is currently under public consultation.

The owner, Trinity Investment Management, says changes in the retail market has led to many empty units, and hence are proposing to convert part of the building into science and technology space for researchers.

Meanwhile, a smaller shopping area around a public square will be retained, with the gym and cinema remaining at the centre. The East Road entrance will also be improved with new restaurants.

The 12-acre site in the heart of Cambridge, which was built as a retail experience in the 1980s, was previously owned by Legal & General, who put it up for sale in June.

The 500,000 sq ft retail core of the site reopened in early 2020 after a £28.5 million refurbishment programme but has continued to have a number of empty units.

Despite considerable life science activity in recent times, the city’s market is currently constrained due to a significant lack of available stock, with no commercially marketed labs currently in the city centre.

Subjit Jassy, development and asset management director at Trinity Investment Management, said: “I am excited to bring forward these proposals to regenerate the Grafton centre. The centre has been at the heart of the local community for years, but the changes in retail from online shopping mean that many of the stores are empty.

“To keep the centre active and supporting other local businesses, we would like to convert part of the building into the scientific lab space that Cambridge needs, while keeping some shops, the cinema, and the gym.

“We’re inviting the public to comment on our proposals so we can consider these views before we finalise our planning application.”

It is hoped that a planning application can be submitted in the Spring.

Full details of the consultation, as well as how to comment can be found here.