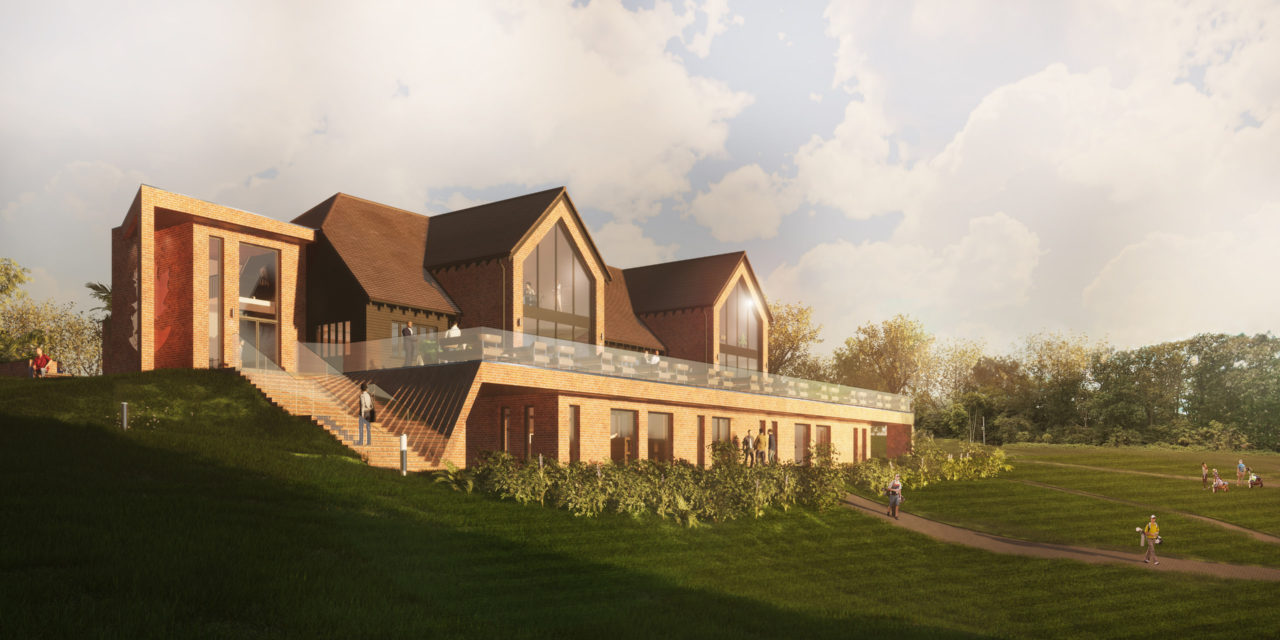 Reading Golf Club’s (RGC) application for 260 homes at its Emmer Green site has been withdrawn with a new plan to be resubmitted in January.

The club which is moving to Mapledurham where it will merge with Caversham Heath Golf Club, had hoped for Reading Borough Council’s planning applications committee to consider it in January but that has been put back. Now the club says it will resubmit the application.

Meanwhile RGC has been granted permission for a new clubhouse at Mapledurham which will be called The Caversham (pictured).

In a statement, RGC manager Gary Stangoe said: “Everything remains on track with our planning application and the club is continuing to engage constructively with Reading Borough Council over its progress.

“Although we had hoped the application might be considered by the January planning committee, it became clear that deadline wouldn’t be possible, given the necessarily extensive responses and assessment work still involved with the application and the unique time and workload pressures everyone is facing during the current pandemic.

“As a result, with the council’s agreement, the original application was withdrawn and a further application has been/is now being submitted to ensure that enough time is available for proper responses to be assessed and for it to be appropriately considered at a future committee meeting.

“Our relocation plans are continuing apace and planning permission has now been granted for our new club house at The Caversham.

“While the club will be leaving its present site by March, we remain committed to ensuring that our plans will leave a legacy for the benefit of Emmer Green and the surrounding communities.”

A statement put out by the Keep Emmer Green campaign group, said it was a small triumph but one which cannot be celebrated since a new application looms.

The statement went on: “The club will claim that they are listening to local residents, but it is clear that after their discussions with the council their plans were set to be summarily rejected.

“We are in contact with Reading Borough Council to understand the discussions that led to this decision, and would encourage local residents to sign up to the Keep Emmer Green mailing list to stay informed of the revised plans that we expect will be submitted shortly.

“We remain committed to keeping Emmer Green for future generations, and thank local residents for their support.”

Next Spring the Reading Family Golf Centre is due to be launched on the South Oxfordshire section of the Emmer Green site which does not need planning consent as it fits within the ‘golf-related uses’ required.

It will offer par three golf, foot golf, disc golf and rugby golf on land adjacent to the new country park area with takeaway café and outdoor seating. It will be accessible through a network of cycle paths and walking routes.

At the club’s new Mapledurham home, it has just discovered it will be able to host the English Girls Championship in 2023, bringing 144 competitors and families from 15 countries.