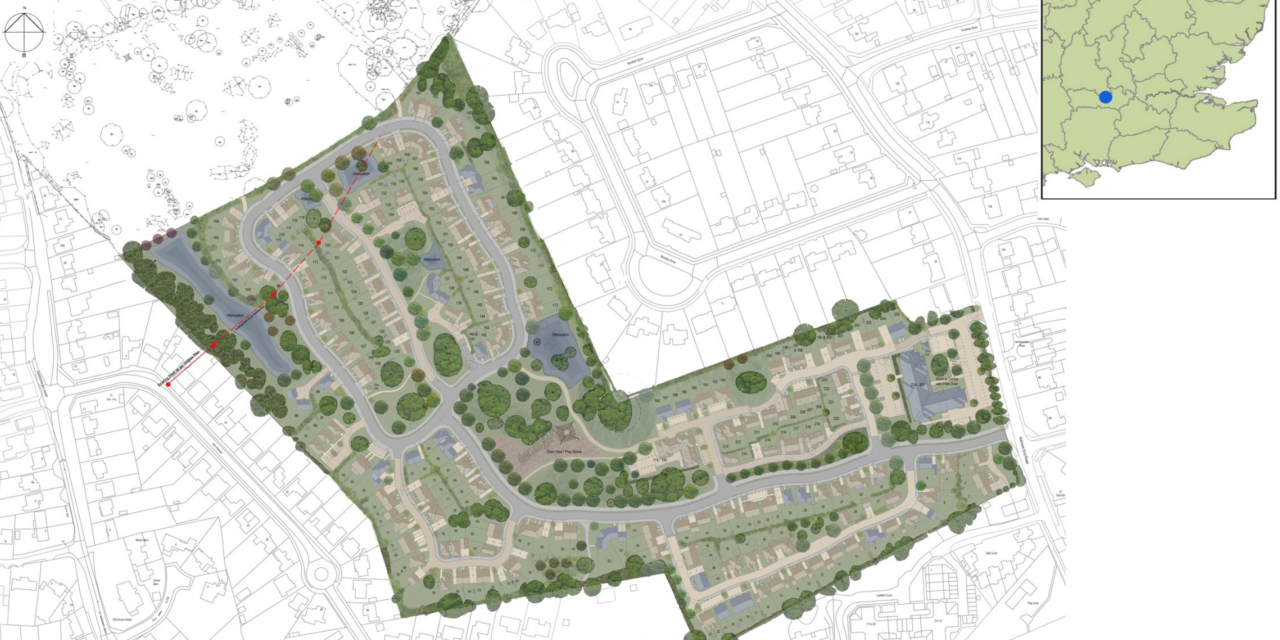 Revised plans for Reading Golf Club’s redevelopment of its Emmer Green site have been submitted.

The new outline planning application by the club and its development partner, Fairfax, for 257 homes instead of 260 on a slightly different layout has been submitted to Reading Borough Council by Pegasus with the club just weeks away from its move to Caversham Heath. A new medical centre is retained in the new plans.

The development is on the 30 acres of the site ( a third of the total) which falls within the Reading borough. The remaining land in South Oxfordshire will be largely open and will have a family golf centre.

General manager Gary Stangoe said: “Following our consultations with Reading Borough Council and other local stakeholders late last year, the club re-submitted its planning application with some small technical changes that were made to take into account the observations received.

“There are now only just over seven weeks to go until Reading Golf Club leaves its former home at Kidmore End Road and the club remains determined to leave a lasting legacy on its land for the benefit of the communities of Emmer Green and beyond.

“If approved, our application will not only bring much needed family homes with gardens to the north of Reading, but it will mean a new medical facility for the Emmer Green area as well as new public access to the land north of Cucumber Wood for the first time in more than 100 years, including significant open space, footpaths, cycleways, allotments and exciting new leisure facilities such as a cafe, foot golf and disc golf.”

The plans have faced considerable opposition from campaign group Keep Emmer Green (KEG) which has issued a statement saying the changes fail to address its concerns.

It concludes: “KEG will be strongly opposing this unwelcome and unnecessary application which, if approved, would result in the loss of precious green space and be detrimental to the community as a whole.”

The plans are likely to go before the council’s planning applications committee in Spring.