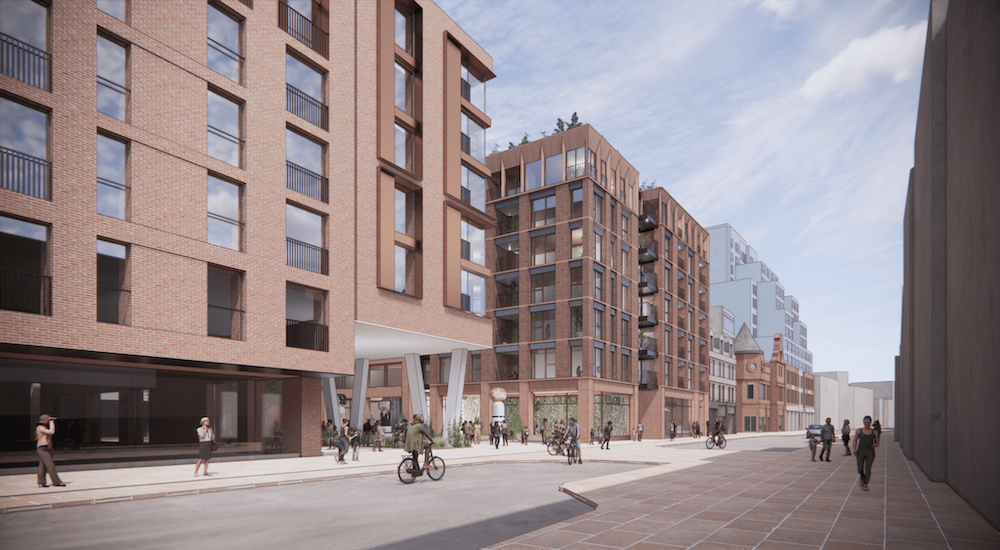 Shaviram’s plans for 103 Build-to-Rent flats in Reading town centre, along with restaurant and co-working space, have been submitted to the council.

The proposals for 35-39 Friar Street will mean the redevelopment of the current Cosmo restaurant but a deal has been struck for Cosmo to return in the new scheme.

The site will run alongside Friars Walk, facing onto the southern section of Lincoln MGT’s Station Hill development.

The seven to 11-storey block of one, two and three-bedroom flats will have the restaurant facing Friar Street with co-working space for residents facing Friars Walk. There will be further small retail units and some of the upper floors will have communal roof gardens. Thirty per cent of the homes will be affordable.

The site is mostly made up of a four-storey 1980s block plus No 39 which had been a listed building until being de-listed in 2018.

The team on the project includes Lichfields as planning consultant, Cratus on public engagement, Evoke Transport on transport and highways and RPS on archaeology.

Image shows the Station Hill flats on the left with the new development next to it.