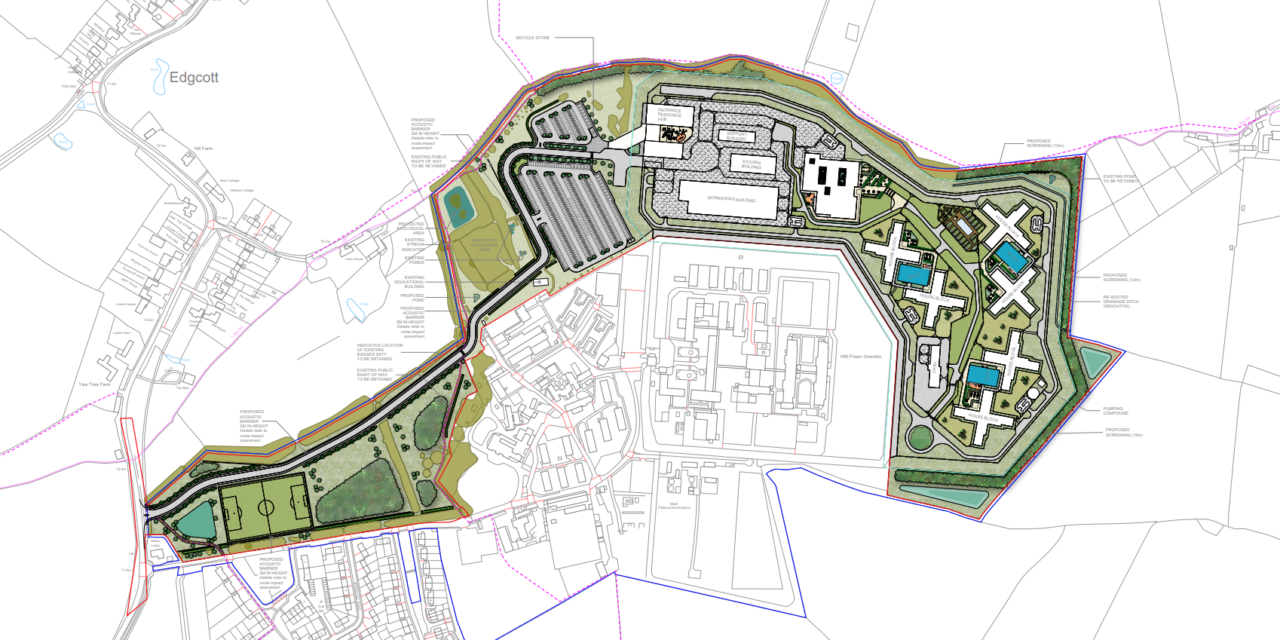 Plans for a large prison at Aylesbury have been submitted to Buckinghamshire Council.

The Ministry of Justice has submitted a planning application, via Cushman & Wakefield, for a prison of up to 67,000 sq m on a 29.5-hectare site which it owns next to HMP Grendon and HMP Springhill.

The Category C prison will hold 1,468 prisoners and is part of the Government drive to increase the number of places. It is one of four being planned around the UK which will accommodate a total of 6,366.

The outline plans are for a series of buildings including six ‘houseblocks’ of four storeys.

Consultations held since July 2020 prompted a total of 3,810 submissions. Of the concerns expressed, the biggest issue was traffic. Many complained of already heavy traffic from HS2 and East West Rail construction.

Image shows how the new site wraps around the existing prisons. The blue line shows land within the MoJ’s ownership.