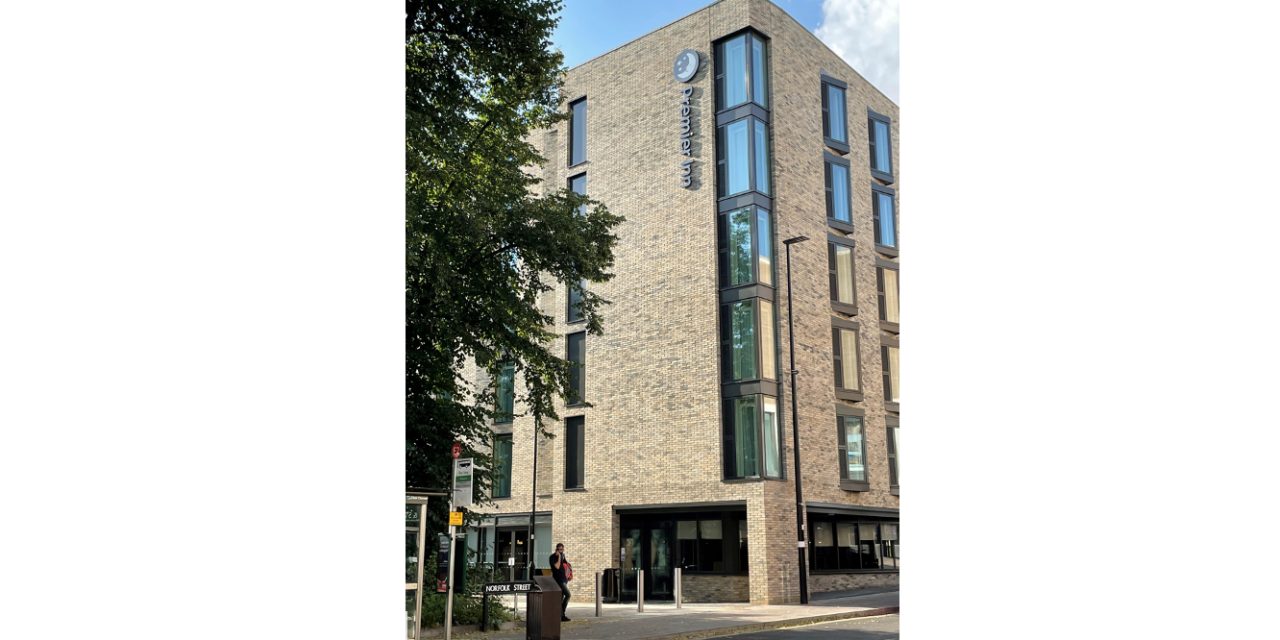 The 90-room Premier Inn in Paradise Square, near the Westgate Shopping Centre, has been a long time coming. Parent company Whitbread bought the site in 2013, won planning consent from Oxford City Council in 2017 and began work in 2019.

It includes the brand’s latest concept in rooms – Premier Plus.

Richard Aldread, head of construction in the UK regions and Ireland for Whitbread, said: “We spotted the opportunity to bring Premier Inn’s affordable bedrooms into the heart of Oxford city centre around the time the plans to redevelop the Westgate Shopping Centre were being discussed.

“With the help of a talented team of designers and development professionals, and the support of city council officers, we have built a superb new hotel in a challenging setting.

“It’s a proud moment to see the hotel open and I have no doubt that it will be extremely popular with our business and leisure guests and play a positive role in supporting the city’s economy.”

An architectural team of Rick Mather Architects and Allison Pike Partnership designed the hotel to reflect its historic location.

Simon Pryce, director of Allison Pike Partnership, said: “The new hotel makes a really positive contribution to the wider city centre setting by preserving and enhancing views of adjacent listed buildings and creating new and positive connections with new visual and physical routes around the site.

“The high quality of materials used coupled with excellent workmanship from our contractor has resulted in a building the whole team can really be proud of.”

It is the second Premier Inn to open in Oxford this year, following the opening of a 123-bedroom hotel at Botley in May. Whitbread sees the potential for more Premier Inns in both the centre and to the east of the city.