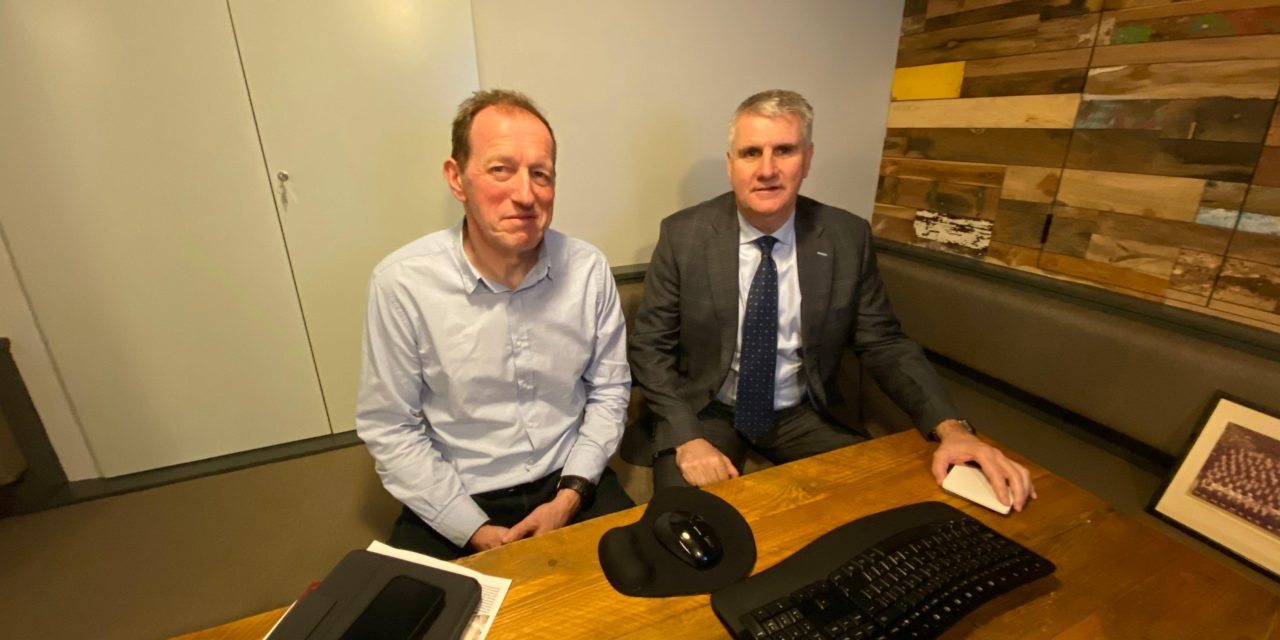 Mr Woodford, managing director of the 182-year old agent, was guest of the first Thames Tap podcast which is published today.

In an interview with Matthew Battle, managing director of UK Property Forums, Mr Woodford illustrated the increase in pricing for new homes with statistics showing the average price per sq ft had been £312 in 2013 but had risen to between £560 – £570 by 2018 for those within the town centre, although prices are lower further out.

He argued that The Oracle and the station redevelopment had had an impact on prices and that Crossrail and the third runway at Heathrow would drive them further. But he added: “For me, the big thing, if it happens, is the Western Rail Link.

“I know it’s talked about for (opening in) 2027, I know there’s a lot of talk about the cost and that it won’t happen but it will make a massive difference, not just to Reading. I think there’s a wider impact on areas like Cardiff – opening that up and being able to get to Heathrow by rail at a faster rate.

“From what I understand, if Western Rail Link opens, you’re going to be able to get a train in to Heathrow (from Reading) in 20-25 minutes. So I think there’s some big, big game changers that will make a massive difference to the market.”

Submission of the development consent order for Western Rail Link is expected by this summer.

Mr Woodford said an additional factor driving the housing market is the ONS population forecast for Reading which suggests the current number, 163,000, will increase to 181,000 by 2041.

He added: “They’ve got to live somewhere. For me, everything is pointing towards more growth.”

He said the town is increasingly being seen as a suburb of London and highlighted the Huntley Wharf scheme in Kenavon Drive as the first of what he called a ‘London-style’ development in Reading.

And Mr Woodford named two major development sites where he believes the town should create a more sophisticated evening economy.

You can hear the full interview at https://soundcloud.com/user-908256809/thames-tap-podcast-episode-1

© Thames Tap No 199 (powered by ukpropertyforums.com)