Final whistle for the Kassam Stadium 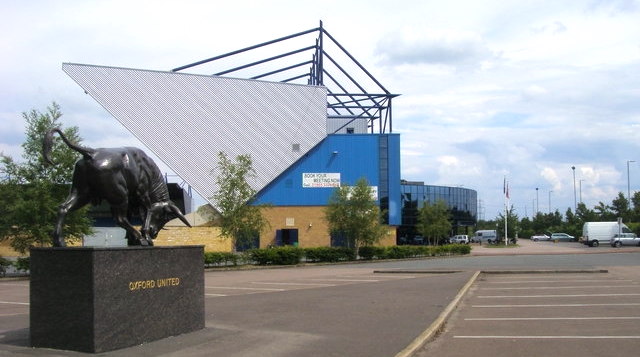 Final whistle sounding for Kassam means a new home for the Yellows is needed. Oxford United’s goal is a new base north of the city.

Kidlington may replace Cowley if the city’s League One team scores in its bid to acquire from the county council a long leasehold interest at a new site.

It was hardly a well-kept secret that the team’s tenure of probably the least attractive building in Oxford was drawing to a close. And with little indication that the owner of the gaping Kassam stadium would be going into extra time to extend the club’s lease, it was inevitable that the club’s owners would be looking at other sites.

The county council will be deciding in principle at its cabinet meeting on Tuesday whether the idea appeals and then the fun will really start. Lining up for the kick-off is the attractive proposition of a new 18,000-seater club ground which, as well as boosting the club’s prospects, will provide fresh legs for the other sports and community activities already based around the Stratfield Brake site.

The proximity of the Oxford Parkway train station suggests that fans travelling to and from home matches will be doing so in a more sustainable way than at present. And it’s certainly true that the number of cars parking up for matches at the Kassam stretches for many miles, although if the Cowley Branch line does re-open, that particular perceived advantage may prove only to be an equaliser.

The new site is in Green Belt in Cherwell District Council’s territory and that will inevitably increase the strength of the defence against the proposal, particularly when so much Green Belt land in and around the northern parts of the city is being released for housing and major development, Oxford North in particular.

So we’ll have to see; any quid pro quo of returning land to the Green Belt back in the Cowley base is unlikely to materialise. The pressure to provide housing and expand The Oxford Science Park in the area is a given.

But what would we be losing? The Kassam Stadium is a grotesque eyesore which doesn’t even look as if it was designed as long as it has.

Does a stadium have to be ugly to function? We aren’t suggesting that the new centre marks the design of the Coliseum in Rome, but it must be possible to design something with some inherent attractiveness. Calling all architects…

And what of the equally uninspiring leisure centre building? Would that stay in Grenoble Road, or would the activities there be accommodated in the new location? If housing is the name of the game here, then the site would make room for quite a number.

Oxford is changing, we all know that and it’s time for people who care to rise to the challenge. If the United move looks inevitable, which it is if we want to retain a local football team, let’s embrace it and make the most of the opportunity. Good infrastructure, sustainable transport links, sensitive and imaginative design. And somewhere to buy a pie before the game.