View from the riverbank: New heights for Maidenhead

The Nicholson Quarter seems to have gone through the planning process at incredible speed considering the current obstacles.

A combination of factors may have helped. A supportive council, an imaginative developer, an unsatisfactory existing offer and a public, largely in favour.

Perhaps the fact that engagement was online, meant those supporting the scheme were able to get a fairer shout, a concept noted by Chesham councillor and engagement consultant Joseph Baum.

The objectors were there of course. In a world where everyone wants to be seen to be more green than the next person, there will always be environmental objections, even to a scheme said to be the most sustainable in the history of the borough.

Yet the lack of affordable housing didn’t raise as many eyebrows as you might have expected. The agreement to review that later on sounds like a reasonable compromise.

It was pointed out to Thames Tap that the 25-storey office building at Nicholson is the tallest in Berkshire (in terms of floors) and means Maidenhead will likely reach that milestone before Reading.

You have to commend the joint working between the authority and the developer to make such a radical scheme reach approval so quickly in such a relatively small town.

Another factor could be that Crossrail, arguably, offers a bigger upgrade to Maidenhead than it does to Reading where fast trains to London are – pandemic aside – in no short supply.

With so many regenerations going on in our region – and with most of them seeming to involve HemingwayDesign – Maidenhead, traditionally a fairly modest town, looks likely to offer something different.

Nicholson Quarter will be across the road from The Landing, creating a concentrated area of high rise, not that those are the only big schemes.

The town’s football club is to leave its home of 150 years to make way for more development and the Magnet Leisure Centre site will likely be home to 400+ homes.

Whether it ultimately succeeds or not, the centre of Maidenhead will be somewhere others will seek to learn from. And, given the people involved, it would seem its chances of success are, like its new buildings, quite high.

Reading’s newest tourist attraction, courtesy of Banksy, continues to be talked about and draw the crowds.

Thames Tap couldn’t help wondering how Berkeley Homes, developer of 700 flats going up opposite, felt. A spokesperson told us: “We were surprised and delighted to see the Banksy artwork created on the gaol wall – it is a real honour for Reading to be chosen as a canvas for Banksy’s latest iconic artwork, which certainly adds to the town’s vibrant cultural scene.”

News of the mural has been reported on Berkeley’s website. Longer term, what will be more interesting is whether the flats facing the mural, suddenly become more sought after.

It would certainly be a selling point to be able to show prospective buyers a work of art by Banksy, depicting Oscar Wilde, out of the window.

If the crowd which gathered on Sunday, March 7 (see images below) were anything to go by, there’s an opportunity there. 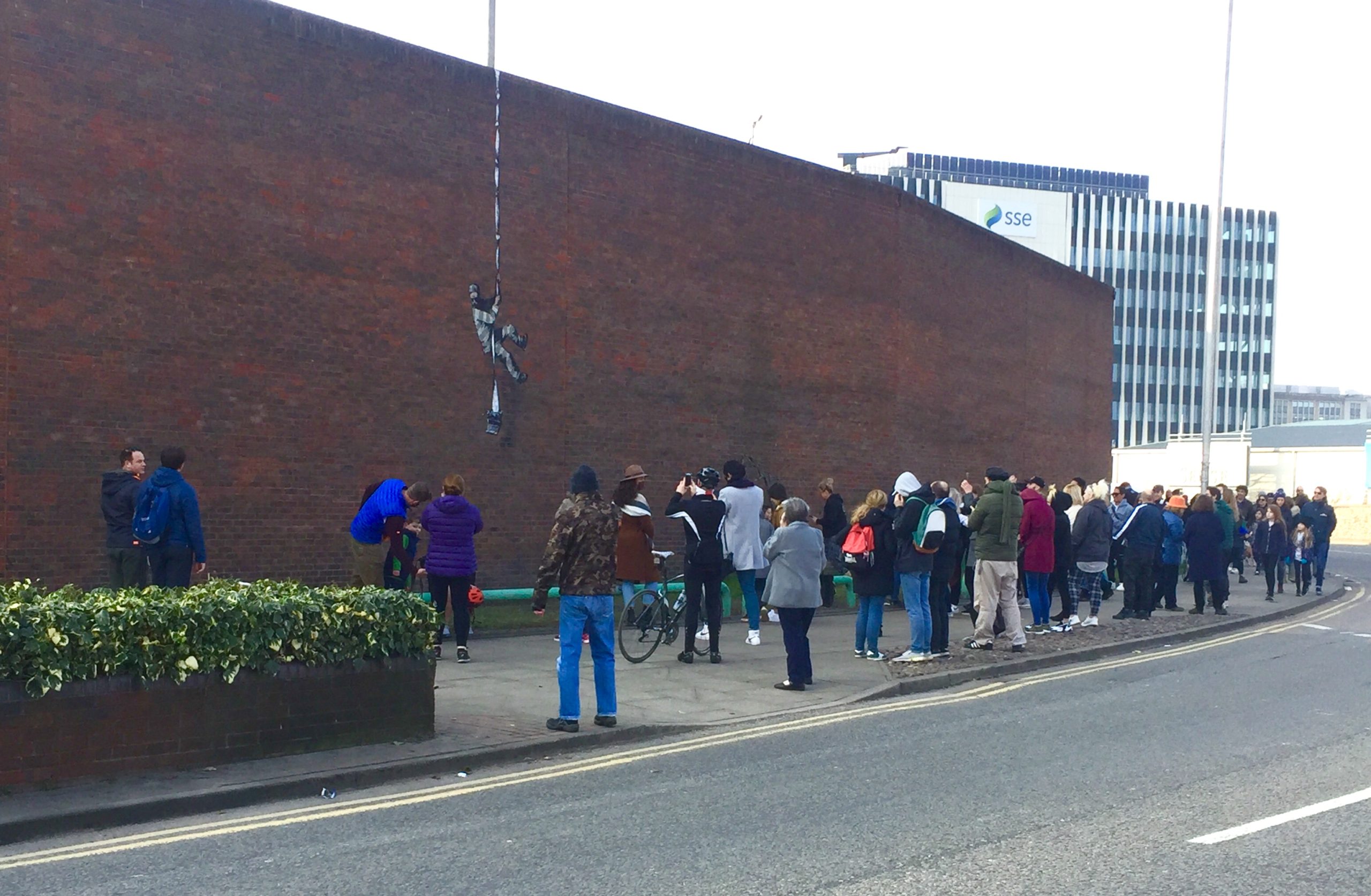 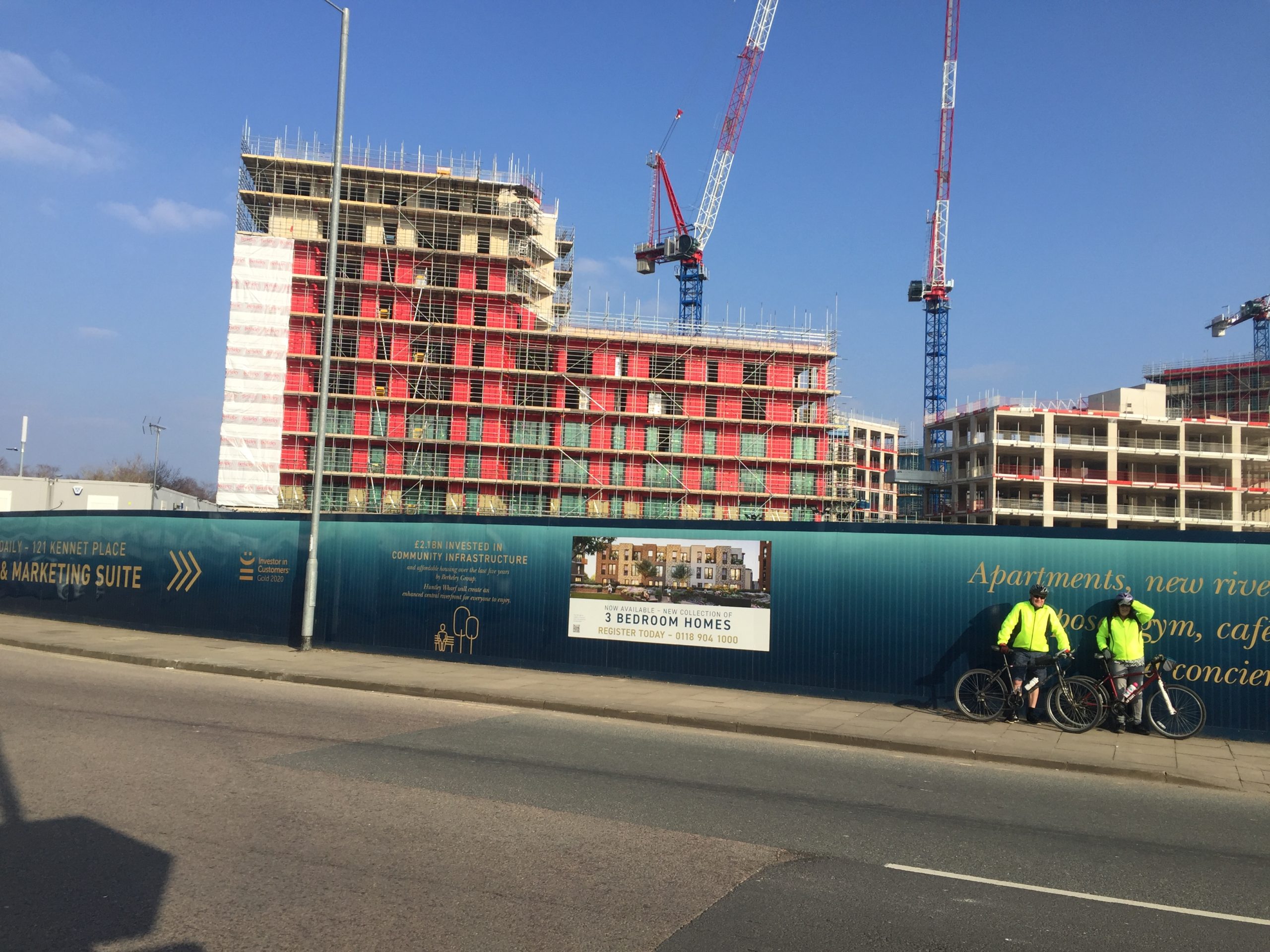