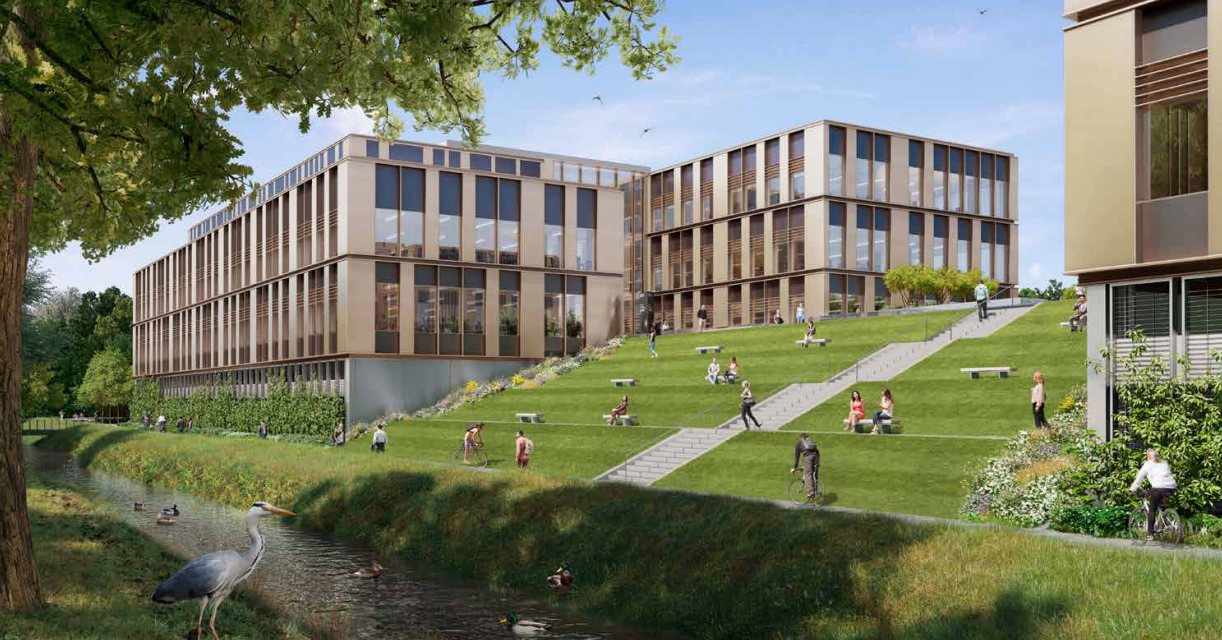 TOSP was given detailed planning consent in December 2019 for two buildings at Plot 16 on the park but has since applied to phase the development so that Building A can be built first while Thames Water vacates a pumping station on the site of Building B.

That site will become vacant in Autumn 2022.

Oxford City Council’s east area planning committee approved the new phasing plans on March 3. The meeting heard there is high demand for space from fast growing occupiers already on the park which has played a key part in development of the Covid-19 vaccine.

The two buildings will have a central plaza area between them which will be immediately outside the anticipated new station on the Cowley branch line.

News on its arrival is expected this month with publication of the Oxfordshire Rail Corridor Study.

TOSP has issued invitations to tender from which it expects responses by mid-May and hopes to appoint a contractor during Summer for the Autumn start, most likely in October.

Practical completion of Building A is targeted for December 2022 and Building B for H1, 2023

Perkins & Will is the architect among a team which also includes Studio DBM, Hoare Lea, Campbell Reith, Core5, 3PM and Savills.

Image shows Building A. Building B, just visible to the right will be built later.