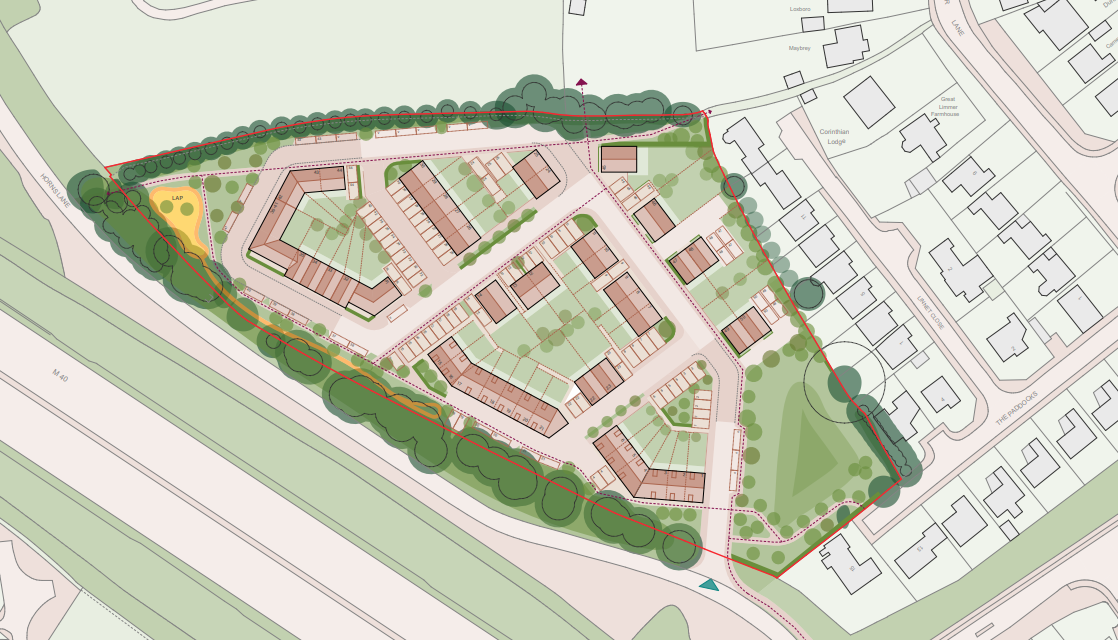 Outline plans by Buckinghamshire Council for 50 homes on land it owns in High Wycombe have been approved – but members questioned the authority’s effort to be sustainable.

The council’s West Buckinghamshire area planning committee approved the plans for 1.8 hectares of land off Horns Lane at its October 13 meeting.

George Yates from Knight Frank, representing the council, said there would be an overall net gain in biodiversity.

But Cllr Stuart Wilson questioned why a report to the meeting referred merely to a replacement of biodiversity and went on to question why the site was not going further in sustainability.

“And therefore, merely conforming to what is required, as opposed to going above and beyond, I think, doesn’t demonstrate an intent.”

Cllr Andrea Baughan pointed to consideration previously given by the council for awards for sustainability and suggested the scheme could be a chance for the council to make a statement.

She said: “I think it’s important that this could be a real opportunity for Bucks to showcase and lead the way to other areas in what we are doing.

“If we are serious about climate change and reducing our carbon footprint, it would be a real opportunity to try and put us on the map.”

Cllr David Johncock said: “I thought our policy was to enhance biodiversity, not just to match it and I think we should be aiming at that as a matter of principle.”

The scheme will include 24 affordable homes.