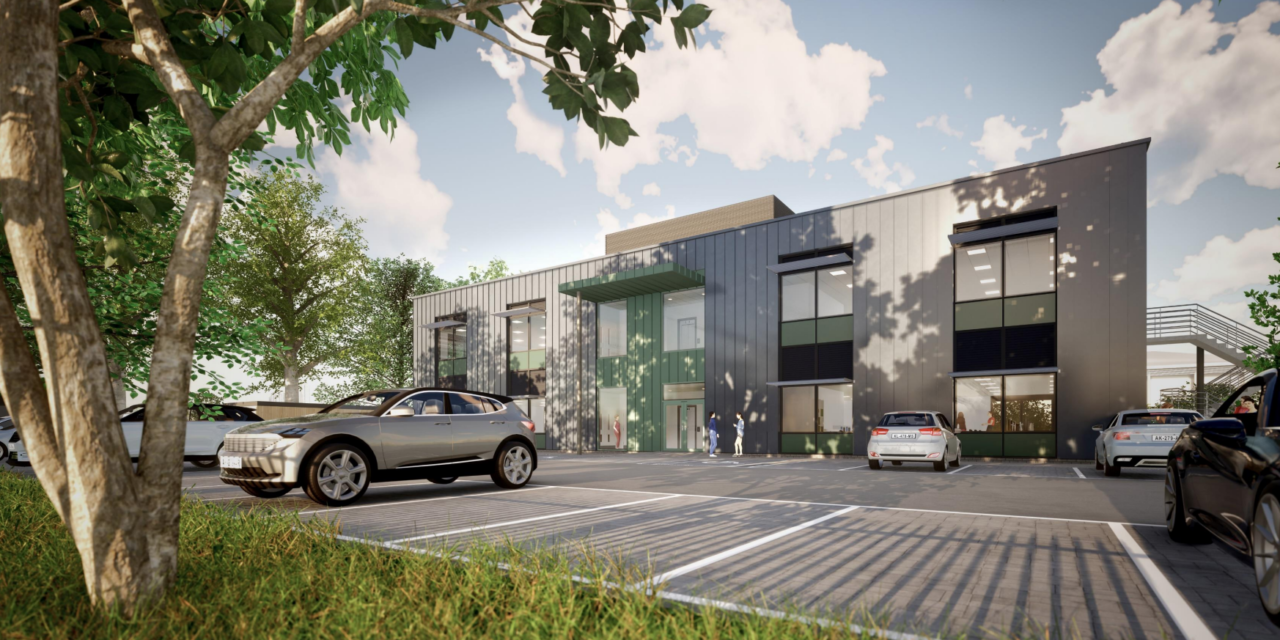 A small office block and 58 homes have been proposed for land at Wootton Business Park in Oxfordshire.

Oakhill Group, which owns the park, has applied to Vale of White Horse District Council to build the mix of homes and offices on a two-hectare site north east of Besselsleigh Road which already has permission for 64 homes.

Under the new application by Walsingham Planning, the group wants to replace six of the homes with a 1,010 sq m two-storey office building which it believes will address an emerging demand for flexible office space which would suit a wide range of potential occupiers.

The residential element of the scheme includes 21 affordable homes. The total of 58 includes 20 with two bedrooms, 25 with three, three with four bedrooms and four with five bedrooms. There will also be six one and two-bedroom flats.

Image shows the proposed office development in the scheme.