Northstowe launch on-line survey on future shape of the settlement 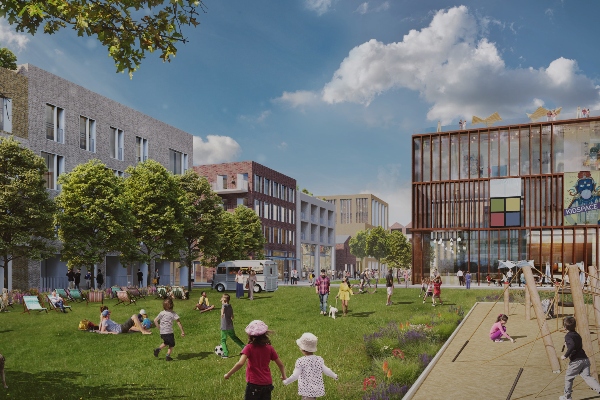 Residents can now shape the future of two new areas of the Northstowe development – the Local Centre and the Enterprise Zone.

An online survey has been launched asking for people’s opinions on what they want the areas to look like, followed by workshops in July, after South Cambridgeshire District Council purchased both sites earlier on in the year.

The initial vision is to have both areas designed around cyclists and pedestrians, making good links between the nearby Guided Busway park and ride, and surrounding green spaces.

Residents, local businesses, and local groups can express their views on the area, with the online survey running until July 31, with the results triggering workshops discussing longer-term plans for the area.

The survey asks for opinions on matters such as what the Local Centre should look like by 2030, the services it should provide, the community facilities it should have and how it can be a thriving place to live, work and play.

It also asks for places the Council could seek inspiration from and asks for views on the jobs, businesses and services people want to see.

District councillor for Northstowe Cllr Sarah Cheung Johnson said “We are very happy to see that residents are being given the opportunity to give their views and shape the development of this important area in Northstowe. It was exactly the reason we championed the Council taking on this land to develop itself. Getting local people involved in shaping these plans from an early stage is key – and just what we’re doing.”

Fellow district councillor for Northstowe Cllr Alex Malyon said “This is an excellent opportunity for the local community to give their views. We’ll be making sure that we listen closely to what we hear so that we can work with residents from Northstowe and surrounding villages to build facilities that will work for us all. Local residents really do know their area best, so I’m looking forward to hearing about their aspirations.”

Prior to construction starting, there is a host of public engagement planned, including surveys, workshops, and group meetings, giving people the maximum chance to shape plans.

South Cambridgeshire District Council’s lead cabinet member for community resilience, health and wellbeing, Cllr Bill Handley said “we said when we announced the purchase of these sites back in April that we’ll be making sure that local people and businesses have the opportunity to comment during the planning process and this is what we are doing now. There is a great opportunity to create new local jobs, green spaces and facilities for pedestrians and cyclists. Residents and businesses are key in helping us to deliver what is needed – after all, they know the area best. Please do complete the survey now and look out for many more opportunities to get involved throughout the second half of this year.”

The new centre would be located next to employment land and provides an opportunity for the council to help shape the retail and commercial development in the area, creating community and employment spaces, whilst providing a centralised focal point for the area.

It is hoped that the ‘Enterprise Zone’ will become an attractive part of the development, taking advantage of its links to Cambridge, St Ives, and other villages.

The council is working with AR-Urbanism on the master plans and design and the community engagement on the scheme, as well as the newly formed Northstowe Town Council.

It is hoped that construction on the site can begin next summer.