‘Oxford needs to have a cohesive voice’ 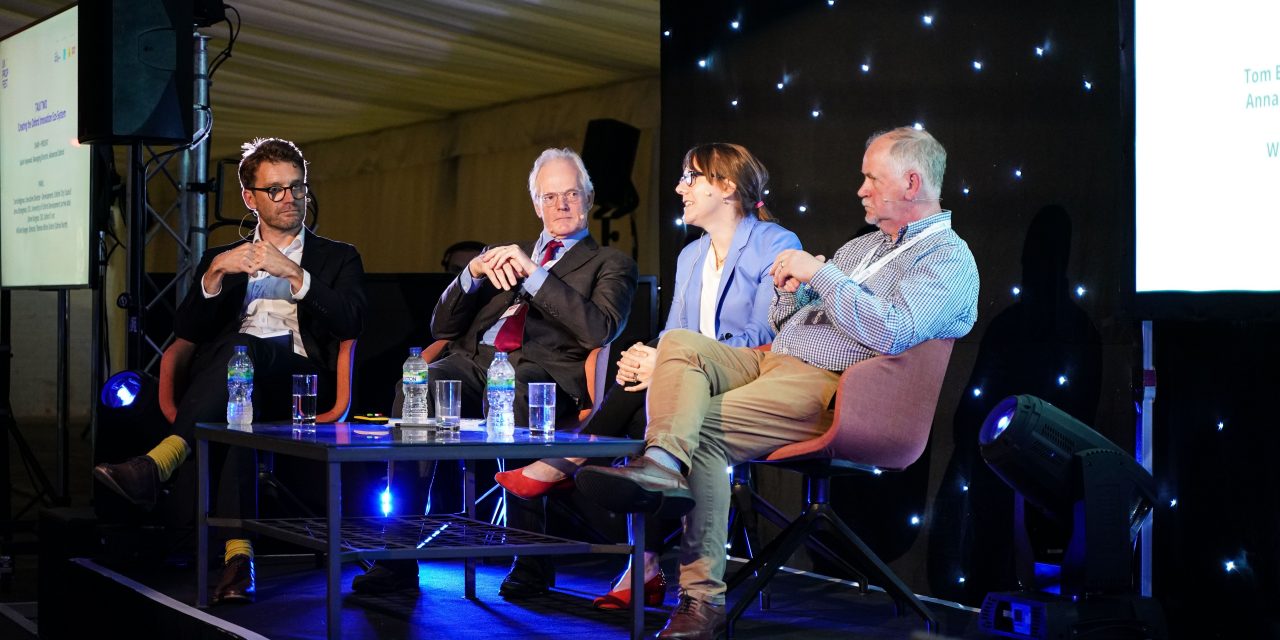 Oxford needs a cohesive voice to get its message to potential commercial occupiers about why they should come to the city, UKPropFest delegates were told.

Those attending the second session of the event on September 9, Innovation & Oxford, heard about the growth in demand at Oxford Trust’s Wood Centre for Innovation and how the pipeline of other developments will help address some of the demand for space.

William Donger, director of Thomas White Oxford, part of St John’s College and the developer behind the mixed-use Oxford North scheme, acknowledged the ‘absolutely huge’ amount of investment coming into the city which he said should be part of Oxford’s message.

But he went on: “I’m now facing potential tenants and having to justify to them why Oxford should be the place they come to.

“The big problem we have, from the point of view of the businesses, is we need to get a more cohesive voice to explain why they should come to this city, because they look at us and say ‘your houses are expensive, your communications are not great. It’s lovely to have this nice brand name and all of that but, actually, there’s more space, more opportunity and cheaper housing somewhere else’.”

Tom Bridgman, executive director – development for Oxford City Council, argued that the message need not be site specific. The key, he said, is it should be put across in a coherent and cohesive way.

He went on: “It’s an expensive place to live and it’s a fairly congested city and we need to be able to demonstrate that we are able to solve some of those challenges as part of that. I think the story there is strong.”

He said the city should be more self-confident about its pipeline.

He added: “For those (potential occupiers) who come and do their due diligence, there is a tension about the supply.

“What happens next after the West End and Oxford North? And there’s the pressure for housing.

“I think we will come up against it again with our Local Plan and the Oxfordshire 2050 Plan.

“But we need to be getting that coherent voice about why employment and jobs matter in Oxford. We are heading into that exact same argument and discussion again very soon.

“If we don’t get that coherent voice soon, then those who do their due diligence will start to see there are some tensions within that narrative.”

Earlier, delegates were shown major schemes in the city’s pipeline including Oxford North, which Mr Donger described as ‘a new type of business district’.

He said: “It’s what we think will be for the future. It’s about putting mixed use, living, working – and having leisure – on a site that is difficult.”

The scheme had taken 10 years to reach the current point where it has just got under way.

Steve Burgess, chief executive of the Oxford Trust explained the growth of the trust, leading to the three current Centres for Innovation in the city with plans for more.

Tom Bridgman outlined five developments around the West End of Oxford to create an innovation district.

Those sites, he said, will collectively account for around 14,000 new jobs, two million square feet of commercial development and more than 1,000 homes.

And Anna Strongman, chief executive of the Oxford University Development Ltd, the £4 billion joint venture with L&G, outlined the extensive plans for the partnership.

She said: “The intention is to use the university’s land and funding available from L&G to create a really transformative development.”

She said the number of homes within its proposed developments could be between 3,000 and 4,000.

Session 1: ‘We must keep communities on board’

Session 4: Green Arc communications: ‘We have a serious problem’