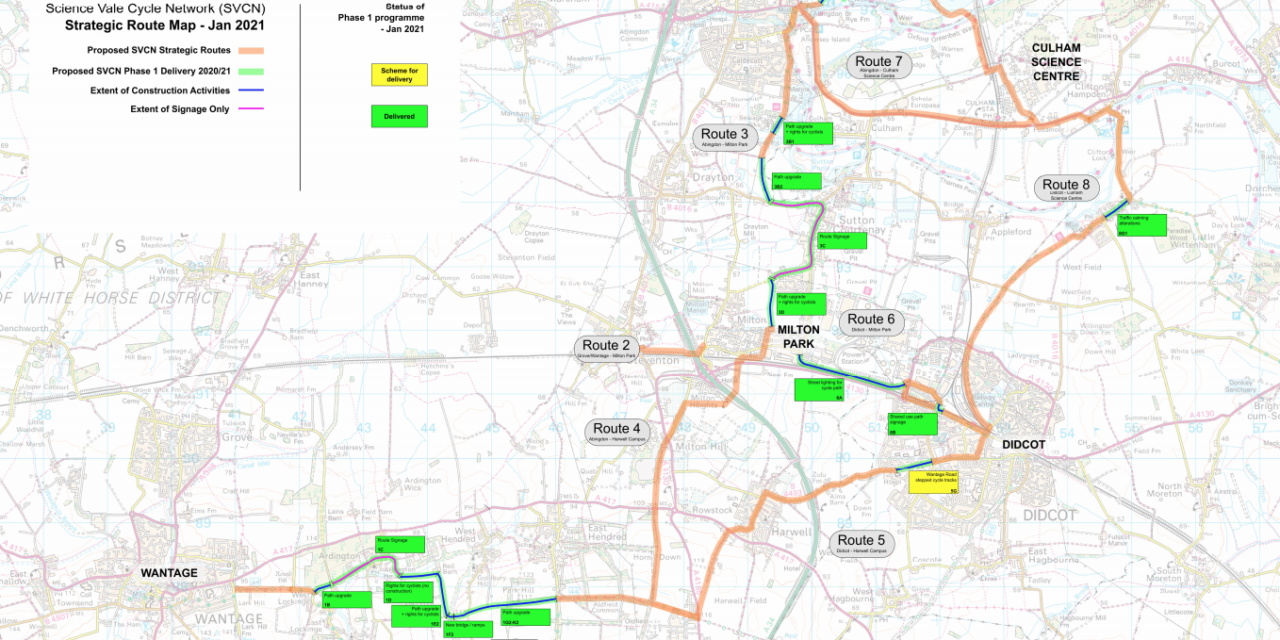 A £5.8 million cycle and footpath network has been unveiled in South Oxfordshire, linking three large employment centres with nearby towns.

Oxfordshire County Council (OCC) has finished work on five routes which make up the first phase of the Science Vale Cycle Network project – more than 10km of cycle and pedestrian paths, now open to the public.

Cllr Yvonne Constance, OCC’s cabinet member for environment, said: “The completion of these five cycling routes is great news for this part of the county, and complements the work being carried out in Oxford, Witney and Bicester as part of our active travel programme.

“Having the infrastructure in place is a huge factor when it comes to persuading people to swap the car for the bike, and the Science Vale Cycle Network is just the sort of project that will make it easier to take the healthier option.”

Despite the pandemic, work was completed three months before the funding deadline, and one section earned a Green Apple Environment Award for a number of initiatives including powering on-site offices with solar energy.

OxLEP secured £5.1m of funding for the project through the Government’s Local Growth Fund. The rest came from OCC, largely developers’ s106 contributions.

Nigel Tipple, OxLEP chief executive, said: “The completion of such a significant project – that will have a positive impact on our business community – is excellent news, particularly in a post Covid-19 economy.

“As the local enterprise partnership for Oxfordshire, we will continue to play a vitally important role for the county moving forward, securing investment that enables new opportunities and effective connectivity that will benefit the county’s businesses for many years to come.”