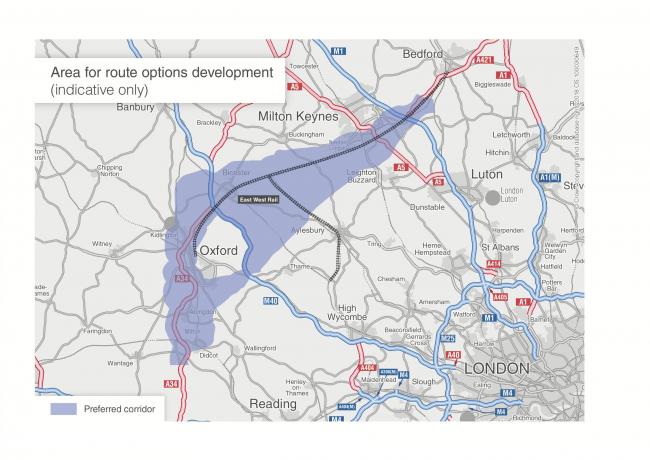 The cancellation of the £3.5 billion Oxford – Cambridge Expressway has been generally welcomed by UK Property Forums partners and sponsors.

We asked those with an interest in the Arc for their expert views following Secretary of State Grant Shapps’ decision to cancel the road last week.

Laura Fitzgerald, director of mode Transport Planning, said: “With mounting emphasis, policy and decision-making on decarbonisation, the age of providing a road and developing an area around this is now over.

“What this announcement does allow for, is the Arc to embrace a spatial strategy that minimises the need for travel (for example, 15-minute cities/towns) and designing places so that active and sustainable modes of today and the future are at the forefront of the design process.

“The challenge for the Arc, will be to take this forward in a unified approach across the authority areas, especially with some localised improvements required in the short-term to facilitate growth.”

David Bainbridge, director in Savills planning team in Oxford, said: “It was inevitable that the Secretary of State would cancel the Expressway following the pause in work by Highways England last year.

“There is a groundswell against building of a new road on a cost-benefit basis but also environmental concerns in respect of traffic.

“It seems likely that among the options will be improvements to the single carriageway stretches of the A421 between the A43 and Milton Keynes, possibly to increase the length of dual carriageway.

“The decision will increase focus on Winslow with its new train station being the first direct rail link in more than 50 years between Oxford, Bedford, Milton Keynes and Aylesbury.”

Rob Hopwood, planning partner at consultancy Bidwells, said: “I welcome the Government’s decision to cancel the Oxford to Cambridge Expressway.

“The road link was never an essential ingredient for economic growth and the Varsity Rail line will now let the train take the strain.

“Pouring concrete across vast swathes of the Thames Valley countryside, and spending £3.5bn to do so, is not the solution to joining up the Arc’s tech clusters.

“Rail investment is the answer we’re looking for, not road. The prospect of building miles of concrete through the Oxfordshire countryside to support carbon emitting vehicles, at a cost of £3.5bn to the taxpayer, is just not compatible with a carbon negative future, and I’m sure we will see a highly sustainable future planned for in the Government’s recently announced spatial framework for the Arc.”

Ron Henry, regional director (UK) community development for Stantec, said: The announcement that the Expressway has been cancelled comes as no great surprise following the scheme being called in for review last year.

“The Department for Transport has now committed to identify a better transport solution to help the Arc become a world-class economic hub.

“We should focus on delivering this aspiration by taking a comprehensive approach to growth in the area, supported by delivering holistic infrastructure that doesn’t just link one major destination to another, but creates better places for people to live, work, learn and play.

“We need to create a platform whereby future infrastructure is flexible and adaptive, so it interacts, communicates and operates to meet the needs of the existing and new communities.”

Mr Henry has written about the need for a holistic approach to the Arc’s infrastructure.

Rob Allaway, managing director of DevComms, said: “The cancellation of the Expressway comes as little surprise. Just over two years ago, I suggested that there had been a failure to sell the whole concept of the Expressway as part of a wider vision for the Growth Arc.

“Since then, climate emergencies have been declared across local authorities, local and regional support for the Expressway has melted away and opposition mounted.

“There is still a need to consider connectivity issues between Oxford and Milton Keynes but in a more forward looking and innovative way.

“I am pleased that the DfT has committed to work closely with England’s Economic Heartland, the sub-regional transport body, and look forward to seeing the work on its Oxford to Milton Keynes Connectivity Study.

“Collaborative working between national, regional and local bodies is vital to realise the full potential of the Arc.”