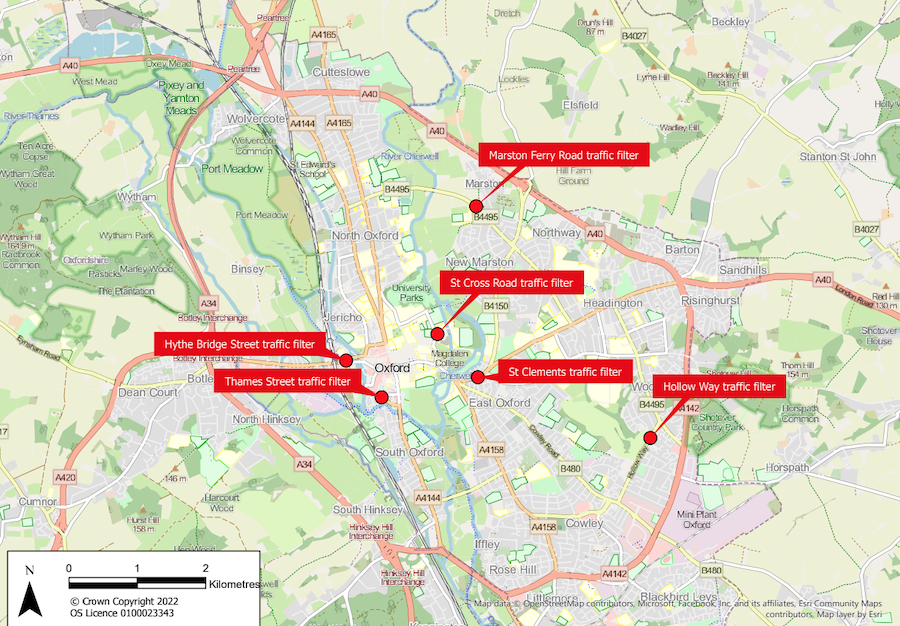 Plans for controversial traffic filters in Oxford were passed by councillors on Tuesday with only one member voting against.

In a bizarre four-hour meeting of Oxfordshire County Council’s cabinet on November 29, proceedings were frequently interrupted by members of the public including campaigner Piers Corbyn, brother of former Labour leader Jeremy, who was eventually allowed to address the meeting – after 51 other public speakers had had their say.

Of the 51, slightly more than half were against the filters and one of those, Tara Beattie, was escorted from the council chamber. Chair of the meeting Cllr Liz Leffman called frequent breaks as tempers rose among the public present.

Ms Beattie, told the meeting the proposal was turning Oxfordshire into an open prison. She went on: “This is what is being delivered. I used to work for the prison service so I know how open prisons work. This is akin to an open prison, these districts, these filters and gates and fines that are being forced onto the people of Oxfordshire without their democratic consent.”

She continued as her allotted time ran out before security escorted her out.

In his address, which was permitted at the discretion of Cllr Leffman, Mr Corbyn told the meeting the council should have a special meeting on the existence of man-made climate change.

Cllr Peter Sudbury argued that Mr Corbyn is ‘well-known for talking nonsense’ but the resulting uproar from members of the public led to Cllr Leffman threatening to clear the entire public gallery.

Cllr Andrew Gant addressed a series of individual comments from councillors and members of the public, arguing that those saying the council had not been democratic were wrong.

But Cllr Gant argued that Ms Beattie had abused the privilege. Addressing the remarks of Piers Corbyn, who said man-made climate change is not real, Cllr Gant said: “He referred to it as ‘the climate con’. Well, this council has formally adopted the position that climate change is real so Mr Corbyn, you are wrong. We are right.”

Cllr Mark Lygo, the only member to vote against the proposal, wants the scheme paused.

He said: “I may be wrong but there have been many failings throughout this process. What we need to do now is review it. What we need to do now is press re-set, avoid blame, avoid conflict, let past mistakes be forgotten, remove the politics and the threats and form a proper coalition working group so that these proposals are reconsidered and recorded into a long-term plan and to do this empathetically and have that human touch.”

The scheme, which had been proposed to start next Summer, will now be implemented in February or March 2024 because of major works on Botley Road to allow for the rebuilding of Oxford railway station.

Councillors decided to put further measures, including implementation of the city’s workplace parking levy and expansion of the zero emissions zone, both of which are also featured in the Central Oxfordshire Travel Plan, off until the cabinet’s January meeting.

Oxford is leading the world – but where to?