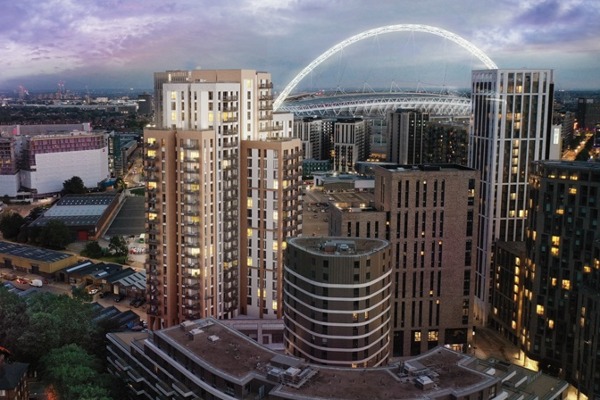 Worlds apart from the previous acres of unloved car parking, over £3 billion has been invested into Wembley since 2002 to create a vibrant new district of London in its own right.

The ambitious regeneration masterplan is set to deliver at least 14,000 new homes and approximately 10,000 new jobs by 2027.

At the forefront is Wembley Park, a landmark 85-acre neighbourhood being redeveloped on such a scale to be one of the largest regeneration sites across Europe. Sitting at the centre is Barratt London’s latest residential development, No. 10 Watkin Road, adding 229 new, high-quality homes to the mix.

A considerable proportion of homes at Wembley Park are serviced lets, with Wembley acting as one of the largest Build-to-Rent (BTR) drivers across Europe.

More than 3,000 professionally run rental apartments have already been built, with a further 8,500 to go. The dominance of this market has left little room for would-be homeowners looking for something a little more permanent.

Barratt London’s No. 10 Watkin Road comes with all the benefits of being at the heart of a thriving cultural scene, yet with Help to Buy available to give first-time buyers that extra steppingstone onto the ladder. Residents will live the ultimate urban lifestyle, set next to Wembley Park station, with a balcony or terrace to every home and five communal rooftop gardens as part of the development.

Pam Reardon, sales and marketing director at Barratt East London, said: “The transformation of Wembley and its continued placemaking started in 2002 and is not due to complete for some five years, so there is still a long way to go until we see the finished product.

“This means, as an active Growth Area, new residents have the best of both worlds – they already have a huge number of amazing facilities and attractions right at their door but should still see sizeable capital growth on their purchase as the area’s monumental urban regeneration project reaches its pinnacle.”

CBRE has predicted 15 per cent capital growth in the next five years in the borough of Brent as the transformation beds in. As home to one of the world’s largest stadiums, the borough’s strong economic foundations are in part thanks to its thriving tourist economy.

More than three million visitors are drawn to the stadium each year, alongside over seven million to its neighbouring Designer Outlet (LDO).

When Wembley Park is complete, annual visitors to this vibrant new leisure destination should climb to over 20 million. As primary host in this year’s European Championship, the national stadium has been at the forefront of returning to normality for the hospitality and entertainment industry following the pandemic, ensuring a bright future ahead for both visitors and residents alike.

Sky Bar 9, part of Hilton London, has been described as Wembley’s hidden gem and bared witness to the area’s complete transformation. Recently heralded as one of London’s best rooftop bars, Bar Manager Szymon Miezin said: “We’ve had an incredibly busy few weeks since the Euro’s began, and now the end is in sight with ‘Freedom Day’ around the corner, we envisage a huge wave activity for so many of the hospitality venues here at Wembley Park.

“Our rooftop bar has become an iconic place for visitors to view Wembley in style – it really is a view like no other.” 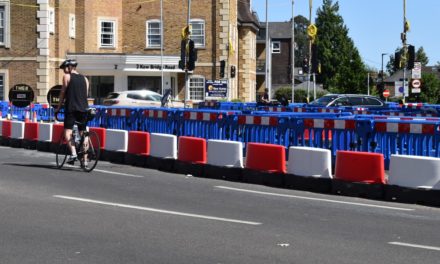 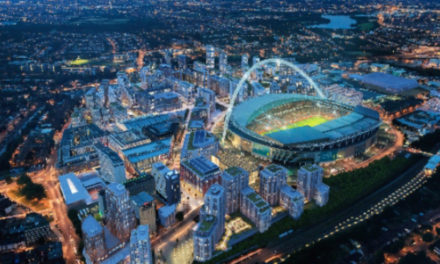 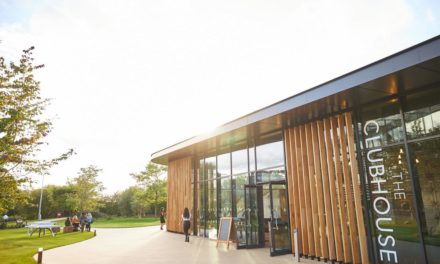 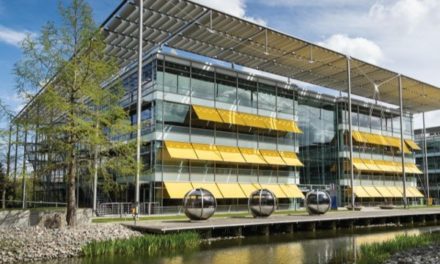