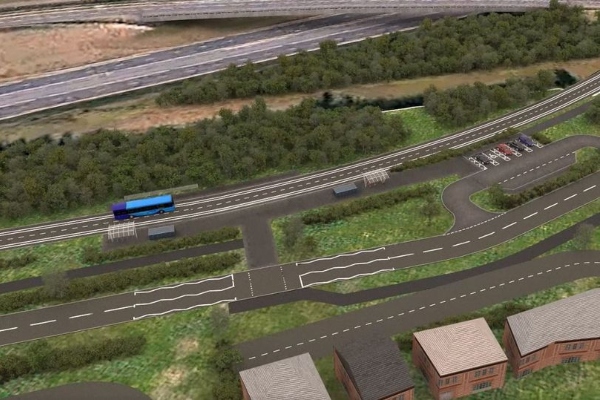 Cambourne to Cambridge (C2C) park and ride project is a step closer to reality, with a preferred route chosen by the Greater Cambridge Partnership Board.

A £160 million busway, an active travel route and the location for a park and ride car park was chosen on July 1, having been delayed for over a year, following strong opposition from the former conservative mayor of Cambridgeshire and Peterborough, James Palmer.

The selection followed an independent audit on the scheme, which concluded that there was “no reason why the executive board of the GCP should not proceed to the next stage in the development of the C2C scheme”.

The plans would bring an active travel route and busway between the east of Cambourne and the west of Cambridge running south of the A428, with a park and ride at Scotland Farm to the North of the road.

An environmental impact assessment is currently underway; once completed the board will need to consider its findings before deciding if to proceed and seek planning permission from transport secretary Grant Shapps. If approved, a final business case would need to be approved prior to construction starting.

The proposed scheme has been in the works for five years and has faced a number of opposition parties, with locals and residents concerned about the damage to the landscape, particularly around areas such as the American Military Cemetery, as well as the damage to the green belt its purpose to prevent development.

Despite opposition, GCP transport director Peter Blake said “The evidence does not support overwhelming opposition to the scheme. Cambourne to Cambridge is part of a strategy that will ensure the delivery of sustainable local plan growth across the greater Cambridge area. The evidence does not support the assertion that an on-road bus solution performs just as well. The best performing route is the route that we are proposing. The idea that an on-road solution could be provided at a fraction of the cost, again, is not supported by the evidence.”

The decision from the board comes shortly after the politically altering elections, where the Conservatives lost their only member, and the Liberal Democrats and Labour have shared power in Cambridgeshire County Council.

Due to the delays, the GCP estimates that the expected 2024 completion date would be unlikely to be attainable.