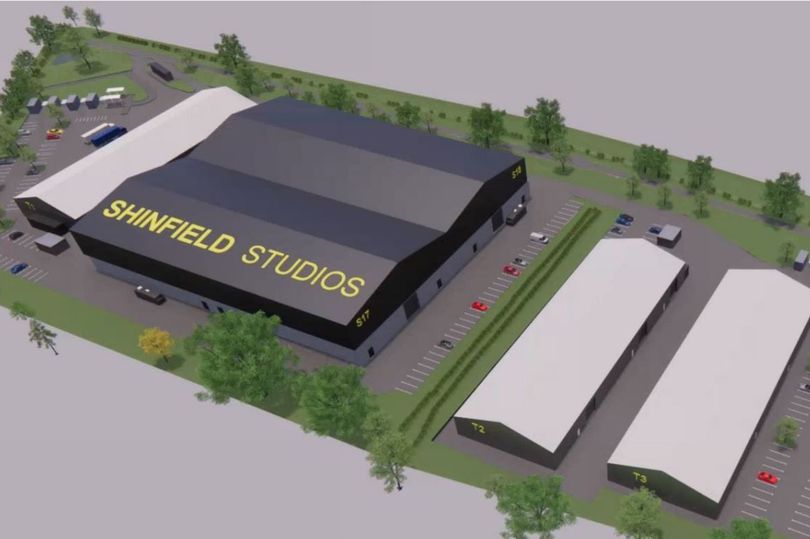 Urgent plans for a temporary forerunner to the proposed Shinfield Studios go before councillors on Wednesday (March 24) with a recommendation for approval.

Demand for Shinfield Studios to have facilities for a major US production this Summer has driven the need to build studios which can be used for up to five years.

The temporary scheme for 14,800 sq m of space, which it has been claimed will create 600 jobs in the UK which would otherwise go to the US,  will be presented to Wokingham Borough Council’s planning committee, ahead of the original application which has yet to be submitted.

The scheme’s planning statement, produced by Barton Willmore, states: “Following the public announcement in February 2020 to build a major new film and TV studios Creative Media Hub at TVSP, Shinfield Studios has received a number of approaches from US film production companies to provide sound stages with supporting workshops and offices.

“In Autumn 2020, one of the largest production companies enquired about making a very well-known movie franchise series at the TVSP site.

“Their schedule is around 12 months, but filming must start in the Summer of 2021 in order to meet the planned release date.

“The proposed site on land south of Cutbush Lane and the Gateway 4 plot at TVSP, is the only suitable option with the potential capacity to produce this series in the UK.

“The alternative is that the production will be moved to Los Angeles thereby foregoing the opportunity to create an estimated 600 jobs across a diverse range of skill requirements.

“It is therefore essential for this studio space to be delivered as soon as possible to meet this pressing need.”