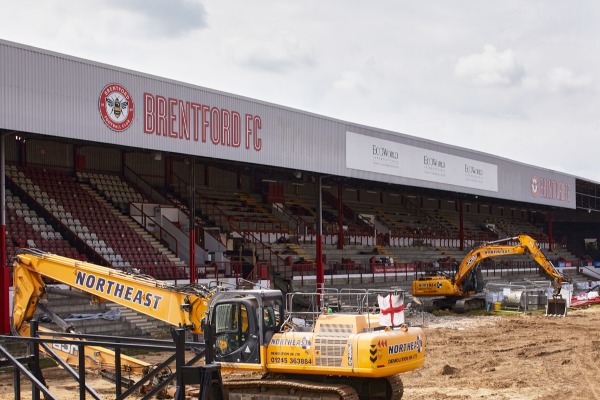 EcoWorld London, which is redeveloping Brentford FC’s former home, Griffin Park, has donated 1,540 of its seats as well as dugouts and scoreboards to lower-league football clubs.

Other equipment and football kits were donated to local groups and organisations, including football shirts for Green Dragon Primary School in Brentford and Brentford FC-branded glasses to West Middlesex Hospital in Isleworth.

Representatives from the following eight sports clubs and other local groups visited Griffin Park on May 28 to collect the seats and equipment:

Daniel Bennett, secretary of Egham Town FC, said: “A month and a half ago, some of our stands burned down. Brentford FC put us in contact with EcoWorld London, who kindly donated 200 seats to us. This is going to make a huge difference in rebuilding the stadium, especially for a club like ours which runs on a tight budget.”

A representative from Petersfield Town FC said: “I would like to thank EcoWorld London for allowing us to have the 200 seats for Petersfield Town FC. It is massive for us as we have little money, and due to vandalism in the local area, some of our seats have been damaged.”

Nivene Powell, senior community liaison manager at EcoWorld London, said: “We are delighted that the equipment in Griffin Park has found new homes and uses in sport clubs across the country and in the local community in Hounslow.

“EcoWorld London are committed to giving back to the communities we build in, and sports are so important in bringing people together, so we hope the donations will make a positive impact for the school, the clubs and their fans.”

EcoWorld London, together with development partners, including Lampton Investment and Development and Brentford Football Club, are working across Hounslow to deliver over 1,000 new homes of all tenures, community spaces and infrastructure to the borough, including the new Brentford Community Stadium, which hosted its first game in September 2020 and the surrounding development.

The demolition of Griffin Park began earlier this year. Three stands adjacent to Ealing Road, New Road and Brook Road South have all now been removed. Demolition work will halt entirely during August and September and is expected to resume later in the year when the final demolition phase begins. 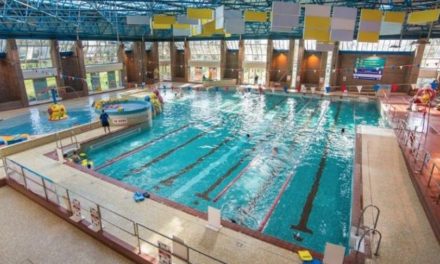 Kingston Council have bold plans for the Kingfisher Leisure Centre 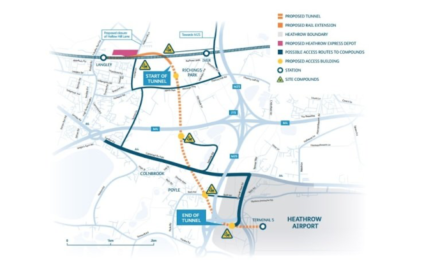 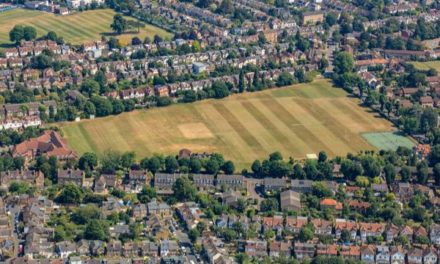 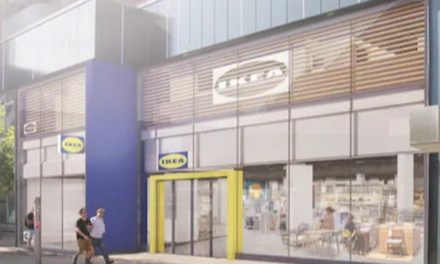 IKEA to open a smaller store in the Kings Mall Hammersmith